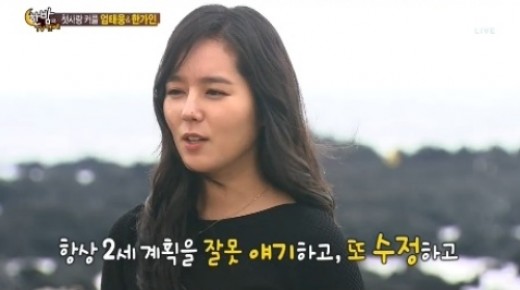 Interviews of Han Ga-in and Uhm Tae-woong were taken on the SBS "TV News at Night" on the 3rd.

The announcer asked them about plans for children. Previously Yeon Jung-hoon had said they were planning for the year 2013.

Han Ga-in said, "We always make the mistake of saying when then correcting it. It doesn't always work out the way you planned".

"Han Ga-in, "I don't think planning about children makes it happen""
by HanCinema is licensed under a Creative Commons Attribution-Share Alike 3.0 Unported License.
Based on a work from this source