Han Ga-in is surprised at husband's appearance on stage 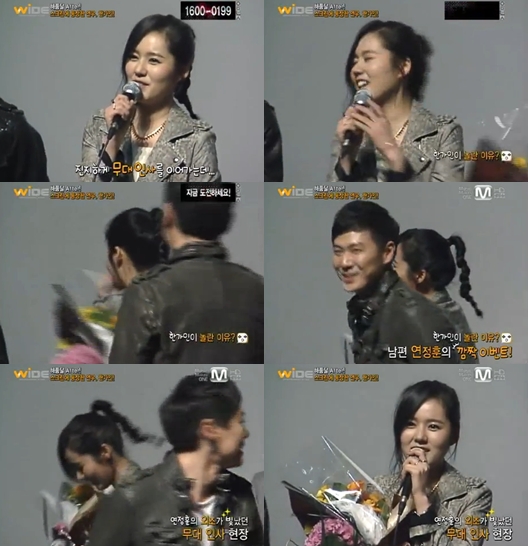 Mnet "Wide Entertainment News" reported the press release scene of movie "Architecture 101" on the 13th. Yeon Jung-hoon attended this event to support his wife Han Ga-in who is returning with a movie for the first time in 7 years.

Yeon Jung-hoon made a surprise appearance in front of her while they were introducing themselves and handed her a bouquet of flowers. He smiled shyly and came down from the stage and Han Ga-in seemed shy as well..

As it was turn for younger actress Miss A Suzy's turn, her agency producer Park Jin-young went up on stage with a bouquet of flowers for her and said, "She doesn't have a husband yet so..." and aroused laughter.

Meanwhile, "Architecture 101" is about Seo-hyeon (Han Ga-in, Suzy), Seung-min's (Uhm Tae-woong, Lee Je-hoon) first love from college, finding him and asking him to build her a house. To be released on the 22nd.

"Han Ga-in is surprised at husband's appearance on stage"
by HanCinema is licensed under a Creative Commons Attribution-Share Alike 3.0 Unported License.
Based on a work from this source