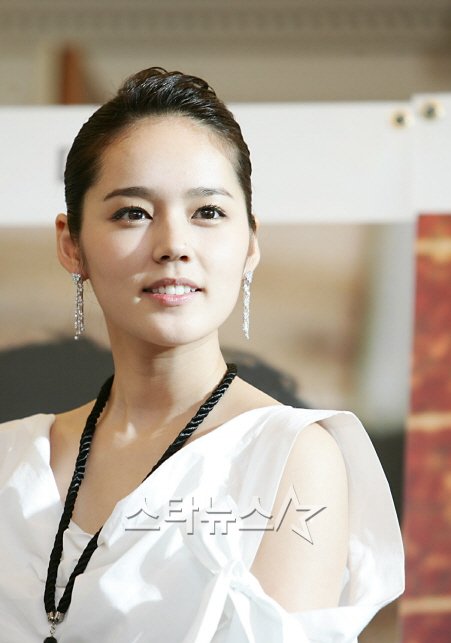 An official for "Architecture 101" told Star News on October 12th in Busan, "Han Ga-in has confirmed to be in this movie". This is her first movie in seven years after "Once Upon A Time In Highschool".

"Architecture 101" is created by director Lee Yong-joo-I who also created "Living Death" and is a newly rising Chungmuro star.

This movie shows the love between a man who was studying architecture and a woman who was a music university studen,t and how they met through an Architecture 101 class. This man lives his life with only the memories of his first love then meets her again as a client of his architectural firm. Many top stars have been eyeing a role for this drama as it expresses first love in the past and the present. The leading male role for this movie is Uhm Tae-woong who was in "Special Investigations Bureau" and "Never Ending Story".

Myung Films from "Cyrano Agency" and "Leafie, A Hen Into The Wild" have the production, hinting at another well-made hit.

"Architecture 101" will start shooting in December and will be released next year.

"Han Ga-in returns after seven years with "Architecture 101""
by HanCinema is licensed under a Creative Commons Attribution-Share Alike 3.0 Unported License.
Based on a work from this source