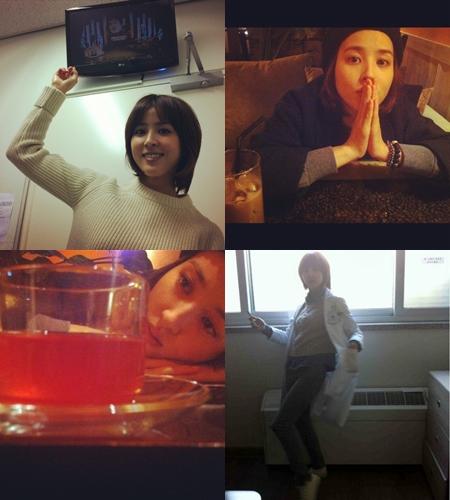 Han Hye-jin has cut off all her long hair, which she had for a long time, and is now looking quite boyish. In the pictures, where there is no pretending, Han Hye-jin looks very elegant.

Meanwhile, Han Hye-jin is currently in the process of making the JTBC drama "Syndrome" as a clever resident with actors Song Chang-eui and Park Gun-hyung. The first broadcast will follow the drama "Padam Padam... The Sound of His and Her Heartbeats" on the 13th of February at 8:45PM.

"Han Hye-jin cut her hair, "Innocent beauty + boyish looks""
by HanCinema is licensed under a Creative Commons Attribution-Share Alike 3.0 Unported License.
Based on a work from this source