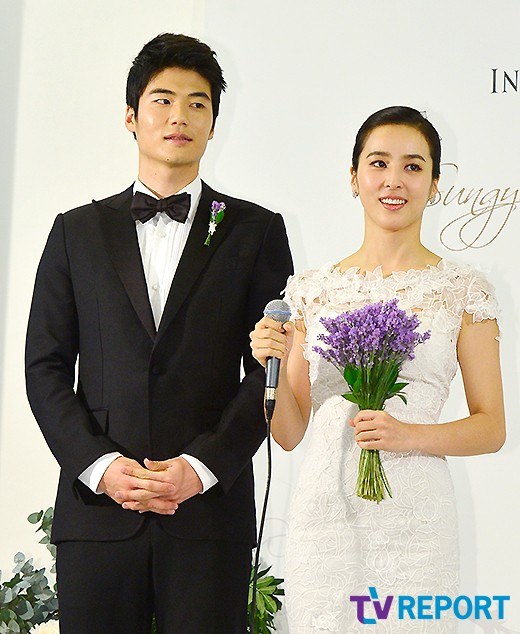 Actress Han Hye-jin recently left for England to be with her husband Ki Seong-yong.

Nam Actors claimed that she was residing in England learning English and cooking.

She plans on continuing her acting career and will be coming back to Korea often to complete the recording for "When A Man Loves A Woman".

Han Hye-jin has a strong will to act so she will return with something as soon as she finds something that she likes.

Han Hye-jin still has a year left on the contract with Namu Actors.

"Han Hye-jin spends the time cooking"
by HanCinema is licensed under a Creative Commons Attribution-Share Alike 3.0 Unported License.
Based on a work from this source