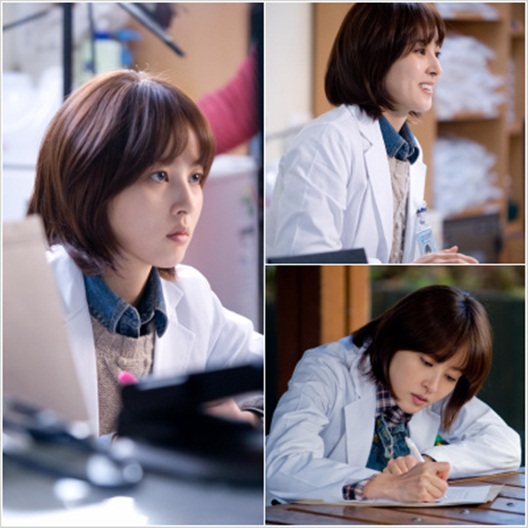 Actress Han Hye-jin returned as a doctor for the drama "Syndrome".

Han Hye-jin will be taking on the role of a clever resident physician in the JTBC drama "Syndrome", which is to air after "Padam Padam... The Sound of His and Her Heartbeats" with Song Chang-eui, Park Gun-hyung and more.

Han Hye-jin, who cut her long hair for this role and has been spending lots of time studying the script, is taking on the role of a doctor for the first time in a year and is about to become the queen of medical dramas.

While the cast for JTBC's "Syndrome" includes Cho Jae-hyun, Kim Sung-ryung, Kim Yu-seok, Im Won-hee and more, this drama is about to show surgical scenes on a large scale and revolve around a tense conflict between doctors in the neurosurgery department.

The production team has also revealed that, "This drama will be different from the typical medical dramas shown today". About Han Hye-jin they also noted, "She is just right as the neurosurgeon who aims for the best and has a warm heart". Han Hye-jin has been working hard on analyzing her role and is bringing high expectations to this drama.

"Syndrome" is currently in the middle of production and will air after the JTBC drama "Padam Padam... The Sound of His and Her Heartbeats" ends, starting on the 13th of February at 8:45PM.

"Han Hye-jin wears a gown for the first time in a year for "Syndrome""
by HanCinema is licensed under a Creative Commons Attribution-Share Alike 3.0 Unported License.
Based on a work from this source