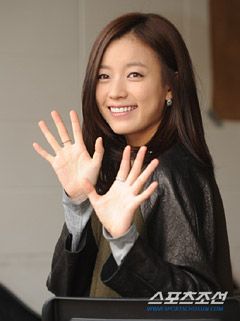 The actress Han Hyo-joo is being awarded a presidential commendation at the 45th Taxpayer's Day event in Seoul on Thursday by the Ministry of Strategy and Finance.

With the award, she has been also chosen as promotional ambassador for the National Tax Service for two years, being recognized for honest tax payment and active participation in various public activities as PR ambassador for other causes.

The actress has carried out her roles devotedly in promoting national and public events including the G20 Seoul Summit, the 2010 census, and a bicycle campaign led by the Ministry of Public Administration and Security.