Han Hyo-joo in "King of Chosun" with Lee Byung-hun 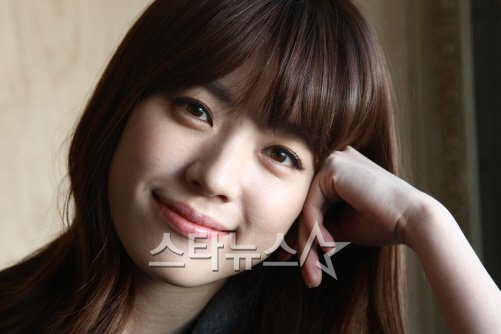 Actress Han Hyo-joo is attempting at a historical again and this time it's a movie.

Han Hyo-joo has recently confirmed to cast in the movie "King of Chosun" which is directed by Choo Chang-min from "Late Blossom". This movie is about a low class person acting as the ruler instead of the Gwanghaegun then opening his eyes to the position of a king.

Top star Lee Byung-hun is attempting at a historical for the first time since his debut.

Han Hyo-joo will take on the role of the queen, a strong woman who doesn't lose her elegance even though she aims for revenge at the changed kings. She has once been in the MBC drama "Dong Yi" so this isn't her first historical. However, she has gotten herself a much stronger role as a queen than Dong-yi.

Han Hyo-joo has the luck of working with two top stars continuously as she has just recently finished the movie "Only You" with So Ji-sub and now she will work with Lee Byeon-heon.

"King of Chosun" will start shooting at the start of next year and be released at the later half of next year.

"Han Hyo-joo in "King of Chosun" with Lee Byung-hun"
by HanCinema is licensed under a Creative Commons Attribution-Share Alike 3.0 Unported License.
Based on a work from this source