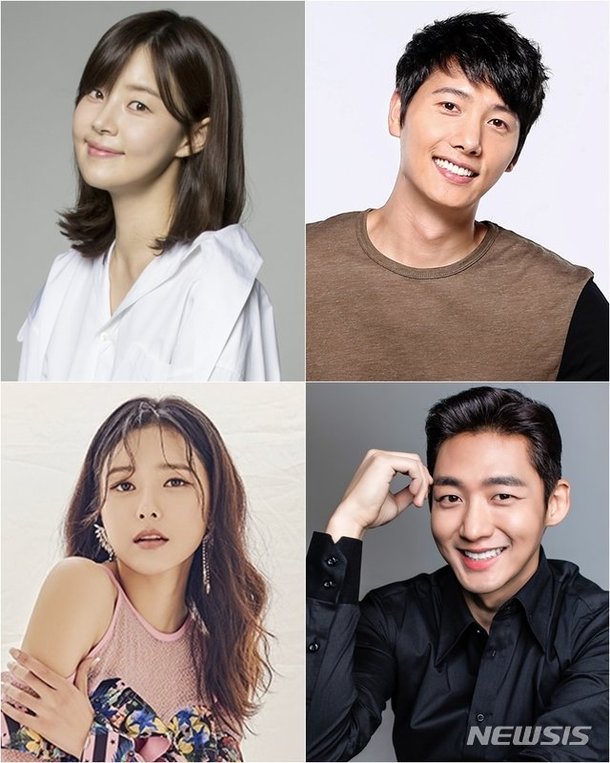 "Golden Garden" is a mystery human drama about a woman named Eun Dong-joo (Han Ji-hye) who gets her current life stolen from her, but eventually discovers her real life.

Han Ji-hye is coming back with an MBC drama for the first time in 5 years since "The Legendary Witch". She plays Eun Dong-joo, who was abandoned at an orphanage when she was 6 years old and doesn't remember anything. However, despite her circumstances, she dreams of the little things and lights up the world.

Lee Sang-woo makes an MBC comeback for the first time in 2 years since "Boy and Girl From the 20th Century". He stars as Cha Pil-seung, an ace detective with a wealthy and powerful grandmother. He is popular with the ladies, but he lost his parents as a child and doesn't open up to anyone.

Oh Ji-eun was last on MBC in the weekend drama "Blow Breeze" in 2016. She plays Sabina, a woman who is still thirsty for success even after stealing someone's entire life. She is a social media star who is beautiful and intelligent, but yearns to have the whole world in her hands by stealing Eun Dong-joo's life.

Lee Tae-sung from the 2015 MBC drama "Mom", plays Choi Joon-ki, who has everything but love. He dreams of a happy family more than his own success, but falls for Sabina, who doesn't tell him exactly who she is and puts his life on the line.