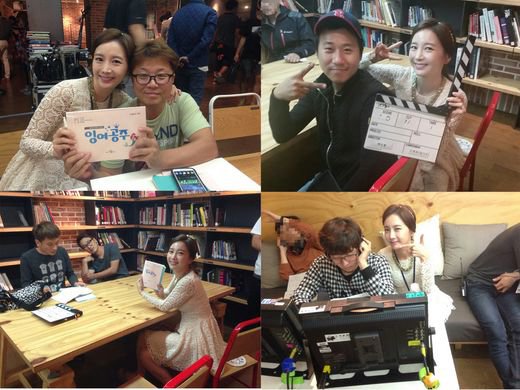 Actress Han So-young didn't lose her smile until the end.

Han So-young is having a good time with the staff on the set of the tvN drama "The Idle Mermaid".

The early finish of the drama had affected Han So-young for a while, but she volunteered to make the atmosphere as cheery as possible.

Han So-young played the role of an everyday office worker.

After the end of a long discussion, the drama team decided to end the drama four episodes early.

"Han So-young doesn't lose her smile"
by HanCinema is licensed under a Creative Commons Attribution-Share Alike 3.0 Unported License.
Based on a work from this source