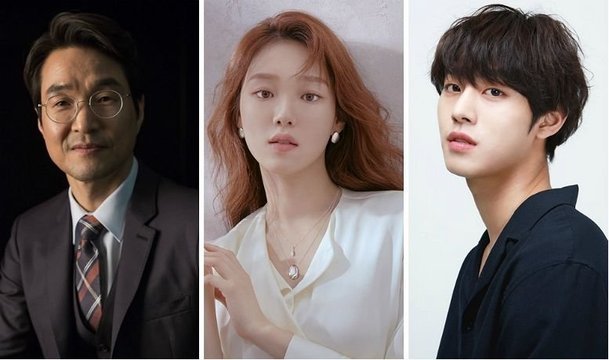 Han Suk-kyu plays an introverted, eccentric doctor named Boo Yong-joo and nicknamed Teacher Kim. He is the only triple board surgeon in the country and was used to being called 'God's hands' but now he calls himself 'Romantic Doctor" and works in a hospital with a sign that doesn't stay on properly.

Lee Sung-kyung plays a character whose special talent is coming in first, and whose hobby is studying. Cha Eun-chae is an elite far from despair, isolation or failure and has been a fellow at the surgery department for 2 years.

Ahn Hyo-seop plays Seo Woo-jin, a cynical character who doesn't believe in happiness due to his difficult experience in life. However, he's talented in the surgical room and he may be a born genius.

"Dr. Romantic 2" comes out in January next year.

"Han Suk-kyu, Lee Sung-kyung and Ahn Hyo-seop Confirm "Dr. Romantic 2""
by HanCinema is licensed under a Creative Commons Attribution-Share Alike 3.0 Unported License.
Based on a work from this source