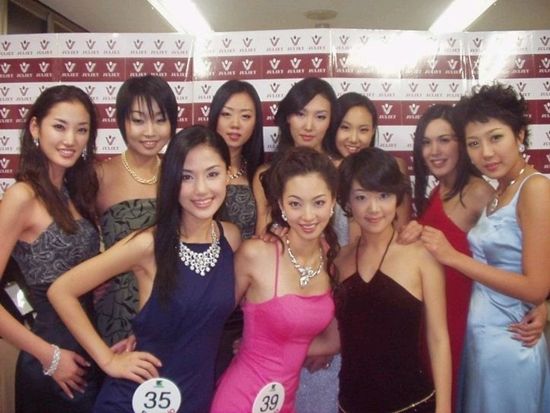 A commemorative photograph of Han Ye-seul, Han Ji-hye, and Kong Hyun-joo when they entered the supermodel contest 2001 is revealed.

Han Ye-seul, Han Ji-hye, and Kong Hyun-joo, who are active in movies, dramas, and CFs, were all in same group for 3 months in group 4 of the finals of 2001 supermodel contest.

Even releasing one or two stars from each supermodel contest is hard but in 2001, 3 superstars are released all from the same group.

Kong Hyun-joo's company, Tobis Media said, “The reason why all of them where in the same group was because they had short height for model, about 165cm to 175cm.”

In the contest, group 4's nickname was 'broadcast height' due to their heights. As their nickname, they became hot stars in broadcasting business.

"Han Ye-seul, Han Ji-hye, and Kong Hyun-joo's picture of supermodel contest is revealed"
by HanCinema is licensed under a Creative Commons Attribution-Share Alike 3.0 Unported License.
Based on a work from this source