Han Ye-seul pic to open in theaters in Nov 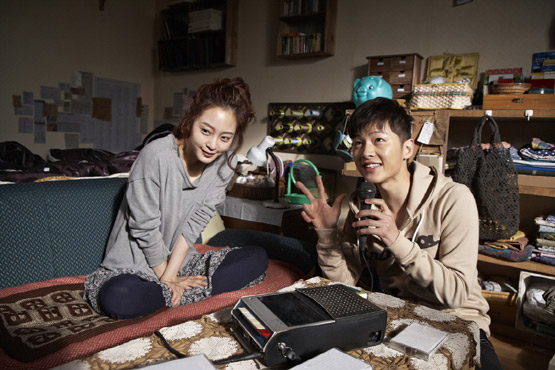 A film starring Han Ye-seul and Song Joong-ki will move forward with its plans to be released in November.

Questions had arisen to whether the film, named "Penny Pinchers" (translated title), will see a release within the year with Han having stirred much confusion and controversy with her abrupt departure from a TV series last month over "unfair working conditions".

However, producers and distributors are preparing for the movie's release while making sure the incident with "Spy MyeongWol" will not affect the film, an official with the movie's distributor Filament Pictures said on Wednesday.

The official also added that Han will participate in promoting the movie although they are still discussing on the exact dates and size of the promotional events.

The upcoming movie, about the money-building adventure of two young people trying to make 200 million won, cranked up in May of this year.

It was then in August that while filming the KBS TV series, Han left Korea without prior notice nor explanation which forced the show to delay the broadcasting of an episode but the actress returned several days later, apologized for the actions and rejoined the show.

"Han Ye-seul pic to open in theaters in Nov"
by HanCinema is licensed under a Creative Commons Attribution-Share Alike 3.0 Unported License.
Based on a work from this source