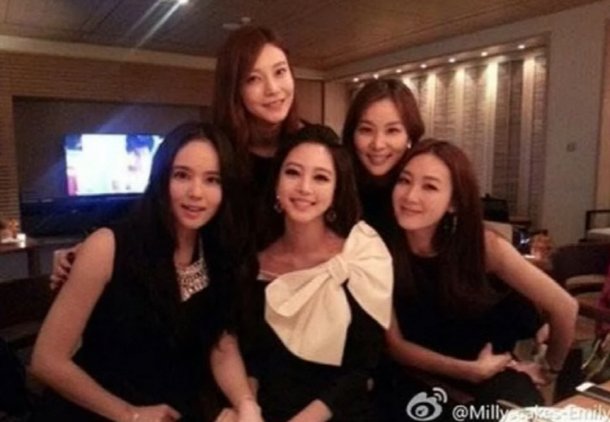 The YouTube channel "Garosero Research Institute", which aired on the 7th, released a thumbnail and a video titled "Han Ye-seul's karaoke friends".

Former reporter Kim Yong-ho showed a rare picture of Han Ye-seul, Han Ga-in, Ko So-young, Cha Ye-ryun, and Choi Ji-woo, and said, "This picture was taken in a karaoke and uploaded to Weibo in China first and became famous as it was published in Korea. The main character of the day is Han Ye-seul, who occupies the center and has a large ribbon. It was not Han Ye-seul's birthday. But the main character is certain".

"Among them, Cha Ye-ryun is an unexpected figure, and she is an insider of the party world with Go Joon-hee", Kim Yong-ho said. "It is important why five of those beautiful top actresses gathered in one place. They usually gather in groups of two or three but why they were all together that day is crucial".

"There is a top actress who introduced Han Ye-seul to her boyfriend. The answer will be released later on YouTube".

Netizens say, "Except for Han Ye-seul, all the top actresses have families and children. This is crossing the line"., "After Han Ye-seul, other actresses are all likely to sue", and "The interior look like unfamiliar spaces for ordinary people" and more.

Meanwhile, "Garosero Research Institute" recently said that Han Ye-seul's boyfriend is a male entertainer, and claimed that she knows her boyfriend's past and there are victims. It even revealed rumors of a feud and divorce between Jun Ji-hyun and her husband. However, Jun Ji-hyun's husband, Choi Joon-hyuk, captured a scene from the cartoon "Slam Dunk" on his messenger profile and wrote, "I want to be Jun Ji-hyun's husband", in a speech balloon, ending the dispute on a happy note.