Han Ye-seul "Up and apologizing" 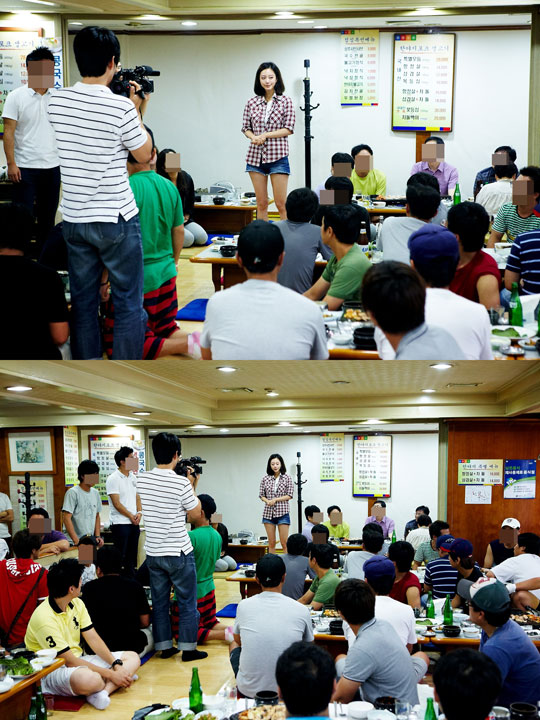 Actress Han Ye-seul's picture of apologizing to the KBS2 drama "Spy MyeongWol" production team and staff was revealed on the 18th.

The production team, staff and crew had a lunch together on the 18th.

This lunch was arranged for Han Ye-seul to apologize to everyone about all the trouble she had caused since the 14th.

In the picture, Han Ye-seul looks a level brighter than she did when she came into Korea. She is standing amongst the many staff and everyone is listening to her.

Lee Kim Production revealed about the lunch atmosphere this day, "There were words of apology from Han Ye-seul then a toast by the General Manager of KBS".

Meanwhile, Han Ye-seul returned to the drama site which she was refusing to cooperate with and took a dating scene with Eric Mun.

"Han Ye-seul "Up and apologizing""
by HanCinema is licensed under a Creative Commons Attribution-Share Alike 3.0 Unported License.
Based on a work from this source