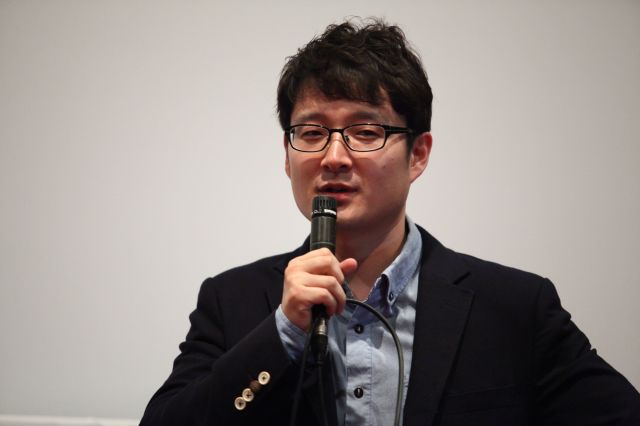 Earlier in the festival I had a chance to attend a Q&A session with Park Hoon-jung the director of "The New World". Audience reaction to the film was very favorable, and it was by far the longest Q&A session I attended, even though the film ended late in the night. Park Hoon-jung discussed a wide variety of topics, including not just this film but the prospects of others in the future using the same characters.

Q: I really liked the way this film used cigarettes.

A: Yes, for the detective Chief Kang (played by Choi Min-sik) they represent his humanity. Even though, as many characters point out, he really should quit.

Q: I liked how, from the beginning Lee Ja-Sung (played by Lee Jung-jae) is really paranoid about fakes.

A: Yes, it's an imitiative reflex. 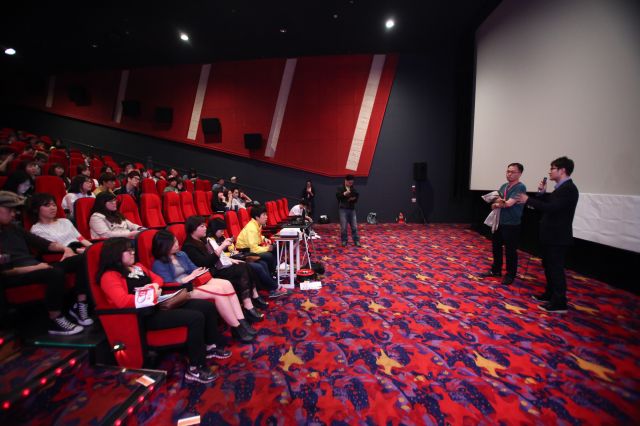 Q: Hearing you speak right now, I'm surprised how you seem like such a gentle person. This is a very brutal film, even if it does have melodramatic elements, like the deathbed scene.

A: I actually didn't like the deathbed scene, but we had to keep it in the story because it's so essential to the character involved in it.

Q: Was that your idea or the producer's?

A: Originally, it was a much longer scene in the script and I didn't want to bother filming it at all. But it was suggested that we at least try to film it, and I found when we did, I couldn't get rid of the whole scene. 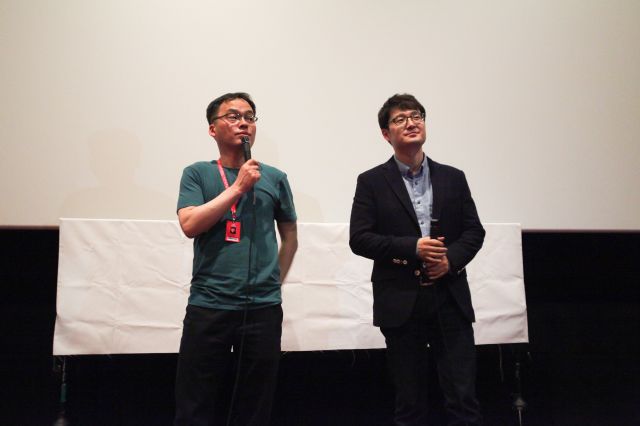 Q: Your film is similar to "The Unjust", how do you think you've inherited that style of filmmaking?

A: I still have much to learn about cross-cutting technique, which I think "The Unjust" does really well. With my project, I think the original script was very orthodox, but the final product turned out quite differently.

Q: Where did the cuss words come from? Were they in the script, or did the actors do it spontaneously?

A: There were a lot in the script but the actors did it a lot on their own, too. Hwang Jung-min, in playing Jung-Chung, was really good at coming up with random swears.

Q: Your films often shine a light on the darker parts of Korean society. Do you dislike these aspects of Korea?

A: I'm not obsessed with them. (laughter from the audience) 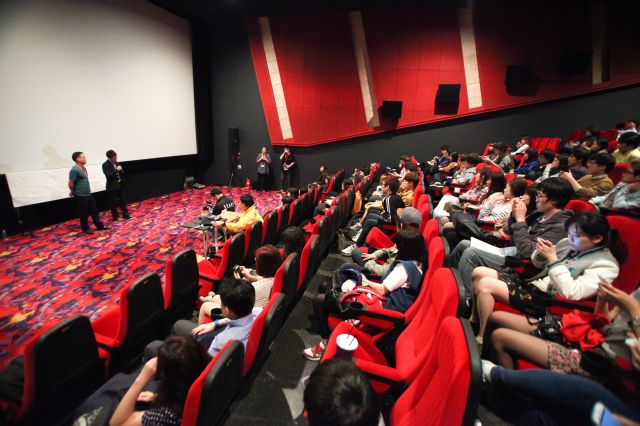 Q: Has Hollywood bought the rights to any of your films?

A: It's still in discussion, but nothing is confirmed right now.

Q: The character Lee Joong-Goo (played by Park Sung-woong) has no action sequences, but he seems by far to be the most brutal character. Was this deliberate?

A: Yes, it didn't really serve the story to have him in action scenes. But if there was a prequel, he would be doing a lot of fighting.

Q: What's the relationship between Ja-Sung and Jung-Chung? Can you define it in a single word?

A: I think human relationships can't be defined that easily. We put that clip in at the end, which seems unrelated, to show just how complex it really ended up being between them. Basically, there's this strong trust element between them, that really gives motivation to saving each other. 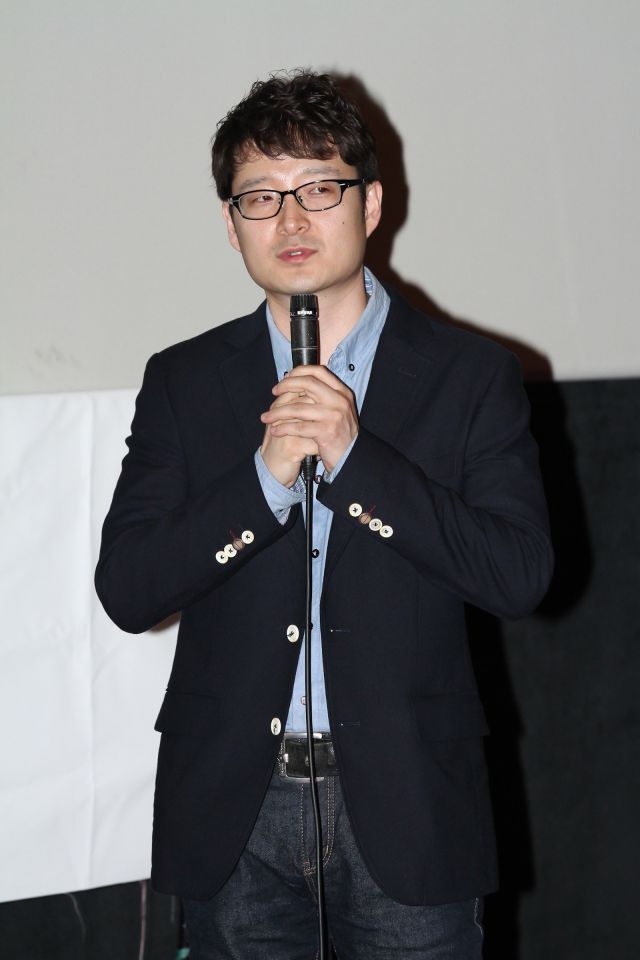 Q: Ja-Sung's clothing changes its colors a lot through the film. What is the significance of this?

A: The clothing represents eliteness, but our intent in changing costumes was really more for style than metaphor.

Q: The last clip takes place six years before the film, but earlier scenes make it seem like the gang must be in a stronger position at that point than they are in the clip.

A: That was a continuity error. Sorry. (laughter from the audience) We'll have to fix that for the DVD.

Q: Why does the police chief talk so funny?

A: Because the actor, Choi Min-sik, always talks like that.

Q: How did you direct Lee Jung-jae?

A: I instructed him to act paradoxical. He looks like a gangster, but he doesn't really act like one.

Q: Some characters in this film seemed like they were important, and were played by well-known actors, but have little screen-time.

A: A lot of this was set-up for a sequel, where these characters would play a larger role.

Q: It seems like you're making fun of us. Before it was a prequel, now a sequel, even though right now there's only one movie and that's all we'll ever have? (laughter from the audience)

A: I've said all along that this is a very long story. I think we have enough material for a four movie series, two prequels and one sequel, if a production company were willing to back us.

Q: How easy was the direction for this film?

A: Fairly easy...I had the fortune of working with lots of experienced actors, so they were able to figure out what to do fairly quickly.

Q: Why so many comedic elements?

A: It did a lot to lighten the mood. Especially after the first scene...this is a very violent movie, and it needs the relief.

There were a few other questions, but they're too spoiler-heavy for me to feel comfortable reposting. When the Q&A ended, the audience responded enthusiastically. It was, by this point, after midnight.

"[HanCinema at Jiff] Q&A with director Park Hoon-jung of "The New World""
by HanCinema is licensed under a Creative Commons Attribution-Share Alike 3.0 Unported License.