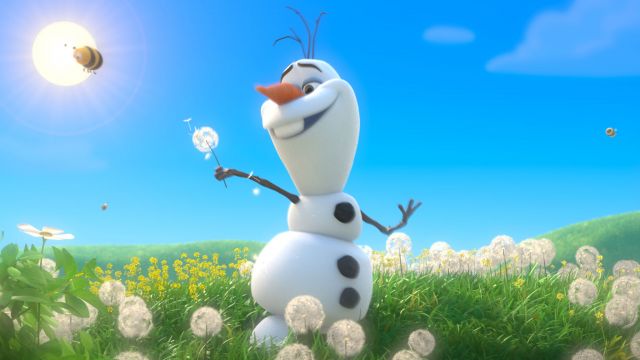 This time last year "The Attorney" was enjoying its final weekend at the top of the Korean box office. Yang Woo-seok's potent political piece drew millions to his Song-studded story of undead civil rights and modern righteousness, but a foreign blizzard was brewing, one that would soon usher in the nation's favourite alien invader of the year.

Its theme song, "Let It Go", was played, parodied, and pumped throughout the year as our Pale Blue Dot danced and dreamed of white noise and snowmen (a sobering event that one of the film's director, Jennifer Lee, recently apologised for; forgiven, not forgotten). Disney's "Frozen" hit Korea on the 16th of January, 2014, and the bruise was bad; $75.2 million in damages bad, in fact. Korea was obviously not alone here, the world had frozen over and thrown millions at this over-zealous zeitgeist qua animated anomaly.

Worldwide "Frozen" grossed over $1.2 billion, making it the most commercially successful animation ever produced; the highest grossing film of the year (also fifth in the list of the all-time money makers); it's won 57 awards, including Oscars for Best Animated Feature and Best Original Song (no word yet on the Academy's apology); but it's enduring enchantment will no doubt linger most in the demands of children ever after.

Yes, there was a lot of love for the "Snow Queens'" cinematic stepsister, but in Korea the film's success was far from absolute. It was looking good for "Frozen" until the second week of August, when Kim Han-min released his own rousing retelling to battle this frosty foreigner for good: "The Admiral: Roaring Currents" (17.6M admissions). "Frozen" was the favourite up until this point, but the Korean summer was too hot and historic to care.

In addition to being dethroned by Kim's awesome "Admiral", there was another alien entity that came very close to the 10.2 million stubs "Frozen" banked. Released early November, Christopher Nolan's "Interstellar" would eventually spend nine weeks in the charts clawing its way to and past 10 million admissions (10.1 million currently; it was in tenth place with 50K admissions last weekend). This epic science fiction adventure film made headlines and started passionate chatter around its stunning presentation of a not-to-distance dystopia; it was brimming with imagined possibilities and uncomfortable lessons for all, a suitably curious cinematic thought experiment for our times.

Its plot was torn apart and criticised, performances measured, the physics contested, and its story (much like "Aningaaq" was for Cuaron's "Gravity") was expanded by a (rather awesome) prequel comic, "Absolute Zero", and it got its very own 'science of' book by American theoretical physicist Kip Thorne (also the film's executive producer, science consultant, and whose work inspire the philosophical questions at play). Like "Frozen", "Interstellar" was a huge success worldwide and in Korea. It's only now being booted out the country's top ten, and became, simply, one of the must-see films of the year; best experienced on the big screen, arguably more than once.

The next foreign flick to feature was a little less cerebral, more manic moviemaking. Bay's bombastic fourth installment in the "Transformers" series didn't quite managed to surpass "Dark Side of the Moon" ($1.1 billion worldwide), but it came close. In Korea, such robotic awesomeness rarely goes unpaid for, and this year the Korean toll came to around $40.1 million. "Transformers: Age of Extinction" enjoyed the most screenings around Korea (1,602), and from them attracted 5.2 million filmgoers over its five weeks in the top ten (it was ejected week six when "The Admiral: Roaring Currents" started calling the shots).

Despite the hype and featured hero (Cruise is another hot product in Korean circles), I had not expected much from Doug Liman's "Edge of Tomorrow". Much to my surprise, however, the film impressed, and so was the South. The film came out a couple weeks before "Age of Extinction" and amassed $35.3 million (4.6 million admissions) over the six weeks it featured. This was another film that provided many interesting talking points, specifically around time and our understanding of it, of our future and fate, video games, astrophysics, our ecological crisis, as well as modern gender roles and the human condition. Cruise was great though wasn't he?

Superhero films are all the rage this century, and Marvel's efforts have not gone unappreciated in Korea. "X-Men: Days of Future Past" is the seventh in the series (collectively they've grossed more than $3 billion), and is also the most successful of them all having banked more than $744 million worldwide ("The Last Stand" is second with $459 million). The film opened in May in Korea to take the lead from "Obsessed", and it did so with an opening weekend haul of 1.4 million admissions (64%). "Days of Future Past" managed to hold onto the box office crown for another weekend, but was soon forced out of office by "A Hard Day" and "Edge of Tomorrow", then lingered in middle order licking its wounds for a couple more weeks before bowing out. In the end, "X-men: days of Future Past" pocketed $31.6 million from 4.3 million Korean filmgoers, enough to claimed fifth in the list of Korea's favour foreign flicks of 2014.

Here they all are again: