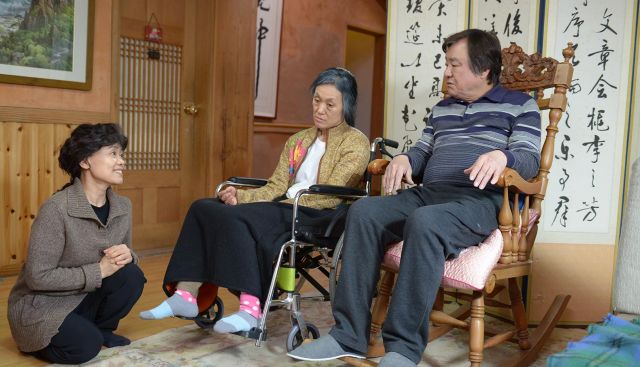 Films that deal with the lives of the elderly have been increasing in number during the latest years, since their issues (mostly their caretaking) seem to become more intense as their numbers are also increasing in comparison to the new generations, particularly in the "first world" countries. Usually, these films tend to be slow and quite dramatic, but Shim HyeJung has picked another kind of approach, in her first feature effort.

Chang-sik is an elderly man living with his bed-ridden wife Gil-soon and an in-house caretaker named Soo-ok, who also happens to be an undocumented Chinese immigrant. When Gil-soon develops a bedsore that refuses to heal, the relationship of Chang-sik with both his children and the caretaker come to the fore, and the tension rises, initially tragicomically but eventually dramatically.

Shim HyeJung focuses on three interconnecting issues in the film. The first one is the caring of the elderly, an intense problem nowadays, particularly financially, since most caretakers' wage is significant, particularly if they have to be in-house which adds their living expenses to the bill. The fact that both the elderly and their children have to chip in for this expense is frequently a point of friction among family members, and that is what Shim presents in the film. Through this concept, and by adding past deeds that have been "poisoning" the relationships of the relatives, she highlights the concept of family, and particularly the fact children quite often feel as victims of injustice from their parents, in comparison to their siblings, something that parents do not realize most of the time. This concept is presented mostly through the son, in one of the most tense scenes in the film, but also through the daughter, although a bit more subtly. The fact that parents tend to lean on the capable children but help the "useless" more has been a point of friction in families all over the world, and Shim presents it quite artfully. Lastly, the issues Chang-sik's daughter faces with her husband and her own daughter also move in the same direction as her character highlights that problems exist in all roles one could have in a family: daughter, wife, mother. This part, however, could have been a bit more developed. 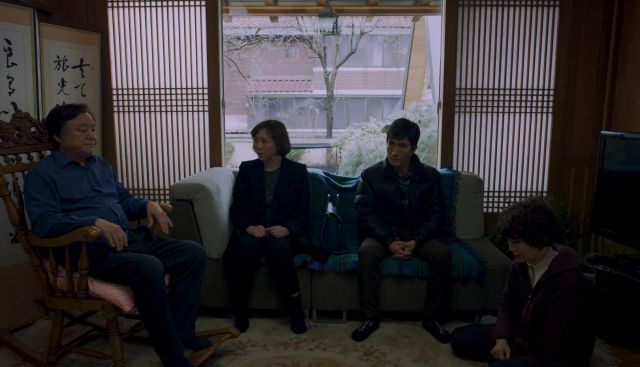 The third one revolves around the caretakers, who find themselves in position like Soo-ok's quite frequently, since a lot of them are undocumented immigrants, but also having to face accusations from the families they work for, for not doing adequately a job that seems impossible most of the time.

To make things a bit lighter for the film, Shim has made Soo-ok to be an almost constantly cheerful individual, despite her many issues, with Kang Ae-shim giving a great performance in that regard. The fact that Chang-sik begins growing fond of her also adds to the comic element in the film, although the result is quite dramatic, in the end. Kim Jong-goo gives a very convincing performance in the role, in both aspects.

In general, Shim retains a nice balance between comedy and drama, except from a few occasions that linger heavily towards the second, like the dancing scene, which seems unnecessarily melodramatic. 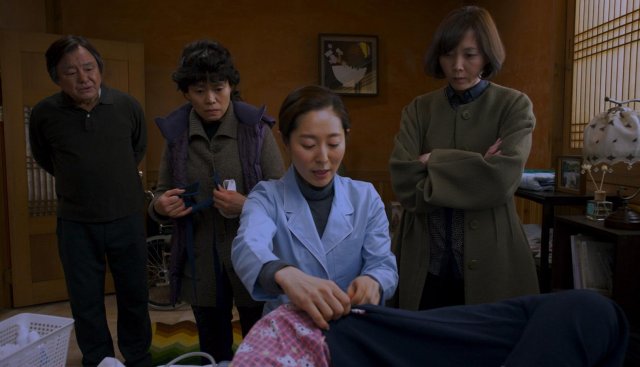 Hwang Seung-yoon's cinematography focuses on realism, without any exaltation, while Lee Hak-min's editing induces the film with a pace that is quite faster than the usual in films about the elderly, which I found quite benefitting for the narrative.

"A Bedsore" has its issues, but in general, is a good film that presents Shim HyeJung's social comments adequately, without forgetting about the entertainment part.