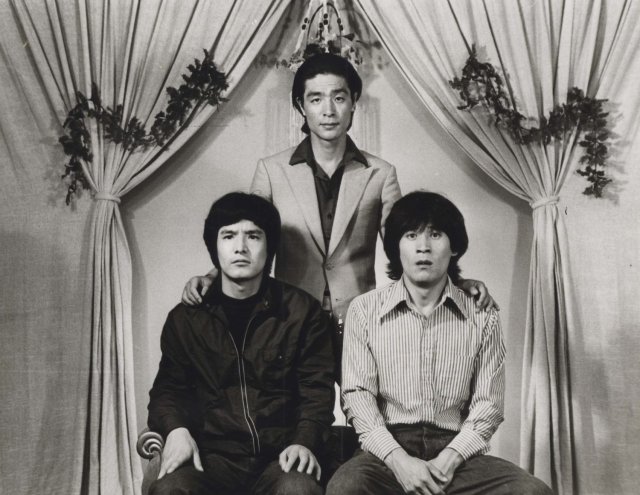 The film marked Lee Chang-ho's return from a ban he had "acquired" from making films between 1976 and 1979. His success had not wavered though, and "A Fine, Windy Day" ranked third in the films released in 1980, while it also won a number of local awards, particularly for the direction (Bae Chang-ho was assistant in this film btw) and Ahn Sung-ki, who did his first steps as an adolescent actor in this movie.

The story revolves around three friends who have migrated from the country to Seoul and who could be easily described as being somewhere between misfits and highly unremarkable.

Deok-bae, works as a delivery boy for a small Chinese restaurant. Choon-sik is an assistant to a hair salon and Gil-nam a delivery boy in a love motel. The three men try to pursue love and professional success, but are met with the harsh realities of capitalism and modernity, repeatedly finding themselves out of their depth. Choon-sik is in love with Miss Yu, a girl who works as a masseuse in the hair salon, but is being intensely courted by Kim Chong-bae, a local financial leader and a loan shark, who also happens to be married. Gil-nam, a rather cheerful to the point of occasionally acting as a clown man refers call girls for his clients as a side job, but eventually, his girlfriend takes all his money and goes away. Deok-bae who also stutters a bit, is torn between the "simple love" of Choon-sik's sister, who has just arrived from the country, and rich, uptown girl Myeong-hee, who seems to flirt with him as much as she teases him. 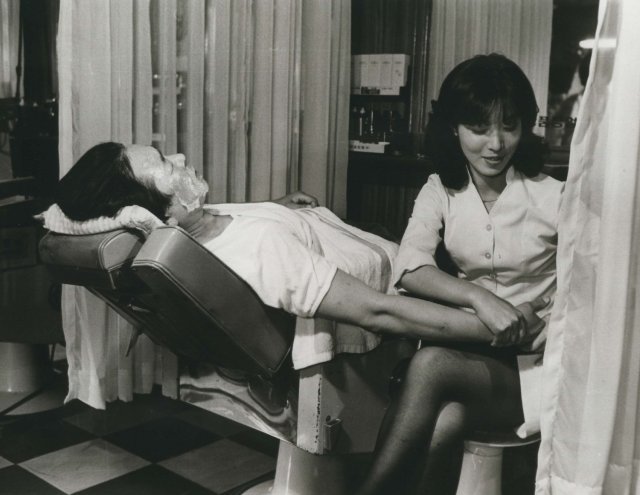 The various struggles of the three friends, and occasionally of those around them form the main element of the narrative, with Lee Chang-ho presenting their struggles through a very entertaining combination of comedy and drama, which carries the film for the whole of its 113 minutes. However, underneath the amusement, Lee has managed to present a rather harsh critique of both society and the government of the time, as the three protagonists seem to struggle against both. Perhaps the most obvious metaphor, as much as his message of hope, is presented near the finale, when Deok-bae, who has taken up boxing, is fighting in a ring with a much bigger man, whose clothes spell Korea with big letters on them. Deok-bae tries to fight back, but is repeatedly knocked down and ends up in blood. He keeps fighting though, and despite the fact that he is completely beaten, he seems happy.

The difference between the upper classes, as presented through Myeong-hee and Chong-bae, and the lower ones, as presented by the three protagonists, also make a harsh remark about society, as Lee portrays the aforementioned as corrupt and deviants, but also highlights the fact that the three friends actually want what the two have. The fact that they seem unable to get it, and the subsequent extreme consequences, give the film a rather pessimistic note, which is toned down, though, by the aforementioned boxing scene.

The western cultural influences that were particularly significant at urban centers at the time, are also presented through a scene in a disco Myeong-hee takes Deok-bae, with his astonishment in watching people dressed in fancy clothes dancing to Michael Jackson's "Don't Stop 'Til You Get Enough" highlighting both the aforementioned concept and the differences between the city and the country people.

The differences of the various characters in the film are also depicted in the difference in settings, with Seo Jeong-min-I's cinematography portraying the luxury of the upper class and the poorness of the three protagonists on the movie with equal artistry, with the places they go to have fun being a distinct sample. Kim Hee-su's editing keeps the film flowing quite nicely, with the switching in focus between the various characters being smooth and non-confusing.

The acting is also on a very high level. Ahn Sung-ki as Deok-bae is excellent in his kind-hearted, stuttering, timid personality; Lee Young-ho-I as Choon-sik is equally good as the silent sad guy, with the moment he erupts and his intense stares being the highlights of his performance. Kim Seong-chan plays the archetype of the "sad clown" with gusto. Yoo Ji-in as Myeong-hee plays the spoiled tease to perfection, while Im Ye-jin as Choon-sik's sister is equally good in the exact opposite role.

Meaningful, multileveled, thorough and entertaining, with quite competent direction, editing and acting, "A Fine, Windy Day" is a truly great movie.