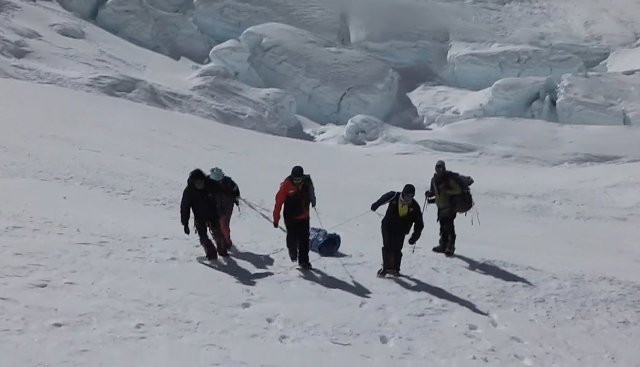 The value of the documentary as a medium of recording lives and events, and subsequently, as a tool whose purpose is not to let people forget, finds one of its apogees in this particular documentary. "Alpinist: Confession of a Cameraman" is a true requiem for a number of Korean alpinists who lost their lives in the mountains, but most of all, a tribute to the late mountain film director Lim Il-jin, who died along  the entire expedition to Mt. Gurja, in 2018.

Lim Il-jin recorded the four Himalayan expeditions from 2009 to 2013. In the first one, he accompanied the group of Captain Kim's successful expedition to the Pakistani "Spantic" without the help of Sherpas. However, this is the only successful expedition in the documentary, since the rest had tragic outcomes. In the second one, two years later, Captain Kim died in his two-times effort to climb the notorious Cholatse. His death had a deep impact to Lim, as we witness in one of the most heart-breaking scenes in the film, with him crying after Kim's funeral. 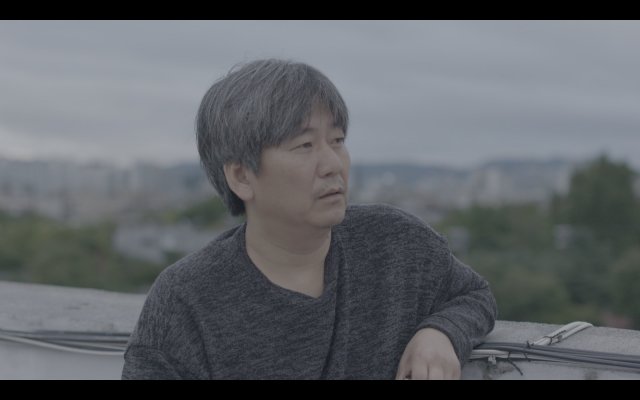 Despite his sadness, however, Lim continued with another expedition headed by Kim Chang-ho, whose purpose was to reach Everest without the help of sherpas or oxygen. In another tragic incident, mountaineer Seo Seong-ho, who insisted on not receiving oxygen, dies. The last part of the documentary deals with one of the most tragic moments in Korean mountaineering, when the entire expedition to Mt Gurja, including leader Kim Chang-ho and Lim Il-jin perished in their effort to climb the almost vertical top.

Kim Minchul completed this documentary after Lim's death, with an interview that was taken before his last expedition, and which is being presented in the intervals between the stories of the various expeditions. This part sheds much light to both Lim, as an individual and mountain camera man, and the men he accompanied, as his words give at least a partial answer as to why these people risk their lives. 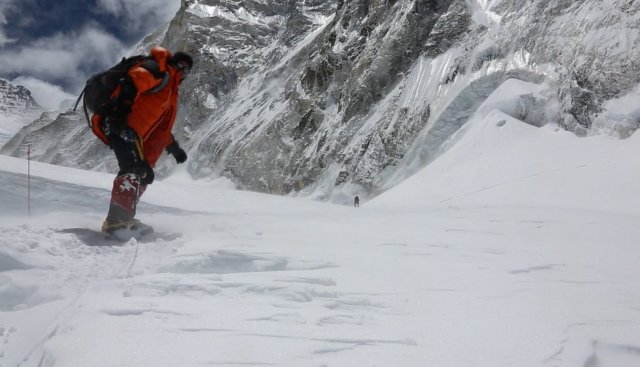 The combination of all the aforementioned elements results in a truly memorable documentary that serves as a tribute to alpinism and the men who risk their lives to reach goals that seem herculean, Lim Il-jin, his life as a cameraman and the value of recording these expeditions, and lastly, as a naturalistic documentary about the hardships, but also the beauties of some of the most unreachable places on Earth. Regarding this last aspect, one can only marvel at Lim Il-jin, Song Ho-yeon and Kang Sang-woo-I's cinematography that presents these places with realism and artistry, in a rather difficult task that had them sharing some of the difficulties of the climbers (hanging cameras from ropes for example). The combination of these images, which are frequently of extreme beauty, and Andreas Miranda's excellent music results in a number of  truly memorable sequences where image and sound complement each other inastonishing fashion.

This combination of the presentation of the lives of these people and the images of the mountains are what carry the documentary for the whole of its duration, along with the almost shocking dramatic moments, which are the ones the deem the film really impactful, both for people who knew the stories, but also for people like me, asI found myself touched and shocked upon witnessing all these deaths, and particularly the tragedy of the last expedition. In that regard, Kim Minchul and Jo Seul-yeah have done an excellent job in the editing of the film, with the succession of the different kind of footage allowing the documentary to unfold in a great rhythm, while retaining the interest for the whole of its duration.

"Alpinist: Confession of a Cameraman" is a great documentary, that fulfills the purpose of the medium utterly, and an impressive but also touching spectacle that will live a lasting impression to anyone who watches it.

"Alpinist - Confession of a Cameraman" is directed by Kim Minchul, Lim Il-jin. Release date in Korea: No release date yet.

"[Hancinema Film Review] "Alpinist: Confession of a Cameraman""
by HanCinema is licensed under a Creative Commons Attribution-Share Alike 3.0 Unported License.