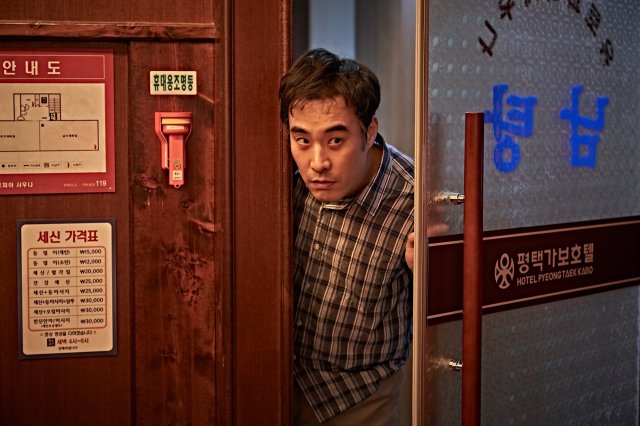 Shooting a film based on a Japanese novel while implementing Korean cinematic aesthetics seems like a great idea in theory, but, thankfully, this time the implementation was as good as the initial concept, at least in terms of entertainment.

The film follows a fractured narrative (as in Lee Sang-il-I's "Rage" or Yusaku Matsumoto's "Noise") that begins with Joong-man, a man who has gone bankrupt and is forced to move back with his mother, who has Alzheimer's, and take a menial job at a private bath house, leaving his wife to take care of her. One day, however, he finds a Louis Vuitton bag filled with money in the bathhouse, and a world of possibilities opens up for him. The story then changes perspective, introducing a number of other characters, whose story eventually explains how the bag got there, before it shows where it ends up in the finale. Tae-yeong is a customs official who is in desperate search for money, as his girlfriend run away with the money he borrowed from a loan shark, President Park. As the pressure from the latter intensifies, Tae-yeong begins a scam that will bring him the desired sum, and asks the help of an old friend, nicknamed Carp. A police officer, however, seems to be on his tail. Mi-ran is the wife of an abusive man who beats her frequently, has lost a fortune on the stock market, and is now forced to work as a hostess. A young client falls in love with her and offers to kill her husband, in a series of events that end up with her asking help from her boss, Yeon-hee.

Kim Yong-hoon-I directs a film that unfolds like a situational, almost Shakespearean comedy, despite the fact that both the events and the overall tragic circumstances of the majority of the characters point towards the drama or the thriller. To achieve this approach in this setting, which soon proves a genuine, dog-eat-dog one, Kim has implemented an overall whimsical atmosphere, which derives equally from the script, the acting and the music of the movie, while adding a number of elements of tragic irony, as in the concept of the Lucky Strike cigarettes. 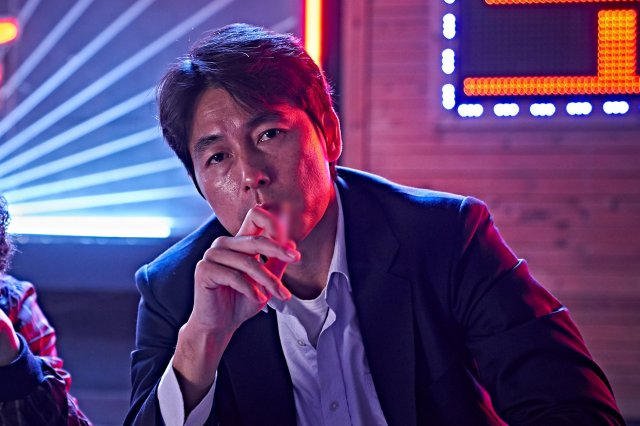 The overall story, particularly regarding the fractured narrative and the way all characters and timelines are eventually connected seems to owe much to the Japanese premises of the story, while the aforementioned aesthetics, to the Korean-style implementation, respectively. Kim Yong-hoon-I does an excellent job combining the two, with the help of the great work of Han Mee-yeon in the editing of the film.

This situational, episodic style of the film demands a lot from the actors, and I daresay that the job done in both casting and acting is nominal, with the majority of actors delivering performances that linger between the dangerous and the comedic. Jeon Do-yeon as Yeon-hee is excellent in the role of the opportunist femme-fatale and Jung Man-sik makes a very convincing criminal as President Park. Bae Sung-woo highlights the in-over-his-head situation Joong-man finds himself in the best fashion, while his interactions with his mother are truly hilarious, courtesy of another great performance by Youn Yuh-jung. Jung Woo-sung is also very convincing as Tae-yeong, a man who gets exploited by the people around him as much as from fate, in, finally, a role that does not aim to promote his looks. 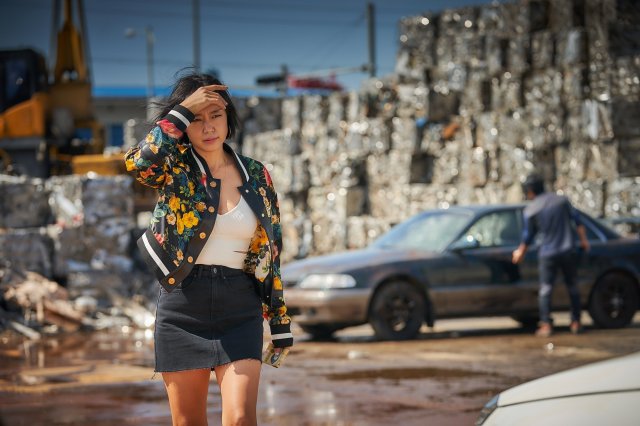 Kim Tae-sung-I's camera captures the very different settings (rich and poor houses, hostess parlor, bath house, the forest, the narrow dark streets etc) with artistry, in a style that borders on film-noir, and with the coloring of "Parasite" which I expect to be the norm for many years from now. The violent scenes are there, even including elements of gore, but the style of the movie makes them appear comic-like, instead of shockingly violent.

"Beasts Clawing at Straws" features a great story, and equal cinematic implementation in one of the most entertaining and well shot movies of the year.