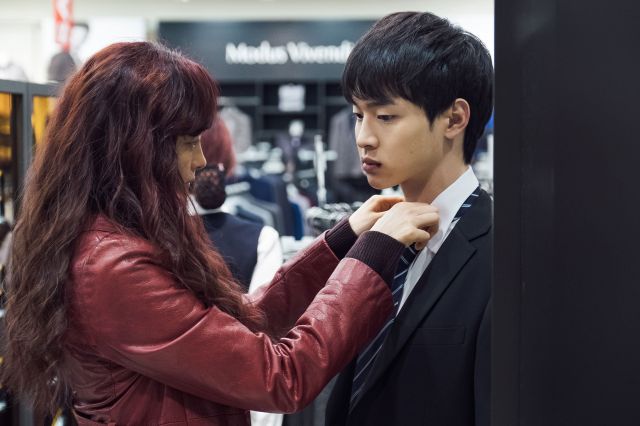 After a number of documentaries dealing with North Korean defectors, with "Mrs. B. A North Korean Woman" being the most successful, Jero Yun decided to make his theme into a feature film, in the movie that opened last year's Busan Festival. Let us see how he fared.

Zhenchen is a Chinese young man living with his sick father in a rundown house in the country. He has not seen his mother since he was a child, and as per his father's last wish, he decides to go to S. Korea to search for her. To his bitter surprise, he finds her working in a hostess bar, and being with a man that seems to be the bouncer of the place. His frustration builds up as time passes, since, in his mind, his mother left them for a better life, and despite her efforts to treat him as her child, things end in violence. At about that point, a series of flashbacks begin, that explain how the woman ended up in that situation, while through two letters, one from each parent, her and his father's story also becomes known to Zhenzhen.

The film starts really impressively, both in terms of narrative and visually. Jero Yun proves quite adept in building his story, with the various secrets being revealed in a way the keeps the interest from wavering, while presenting a rather captivating life story. This prowess, however, lasts for 80 minutes give or take, since Yun, in his effort to connect this story with the one in his documentaries, added another arc in the past, which faults the narrative significantly. I dare say that if the film ended at that point, it would be among the best of the year, but unfortunately that did not happen. This arc by itself is not bad, but in combination with the rest of the story, it really goes overboard, despite the fact that it explains some of the previously arisen questions. 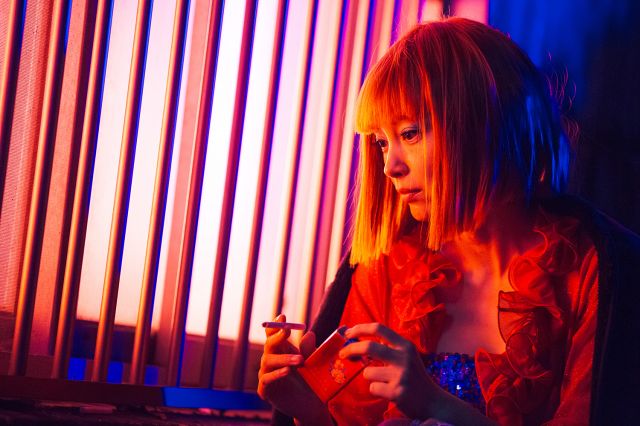 The visual aspect, on the other hand, remains impressive for the whole movie, with the neon lights that dominate the segments in Korea coming in complete contrast with the bleakness of the ones in China, where a sad realism permeates the images. One of the best aspects in the work Kim jong-sun did in the department is the way he highlighted Lee Na-young's undeniable beauty, through a number of close ups and middle shots that are quite artful. The close-ups approach is used quite frequently actually, in one of the most arthouse elements of the production, which also works quite well. Jean-Marie Lengelle and Jero Yun's editing is good in the way it connects the various timelines, and in general, the pace suits the aesthetics of the film. As I said before, though, a few more cuts in the last part would have been beneficial.

The acting is in complete resonance with the film, with all the actors playing their parts convincingly. Lee Na-young as the mother is great as she highlights the many transformations she experienced in a rather turbulent life. Jang Dong-yoon is also good as the frustrated teenager, who acts as a kid while he tries to be a man. Lee Yoo-joon is excellent as the ultimate villain in the film, with him benefitting by both his appearance and his overall composure. 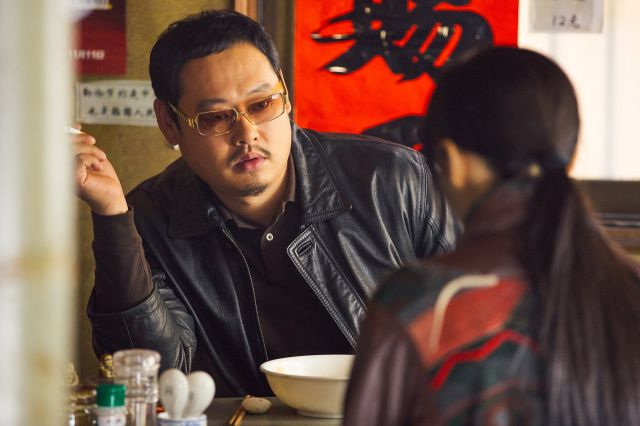 "Beautiful Days - 2017" shows that Jero Yun also has much potential in the feature film, despite the fact that in the end, the sense the move leaves is that of a wasted chance about a really great title. Its audience, however, will not be disappointed, at least for the most part.