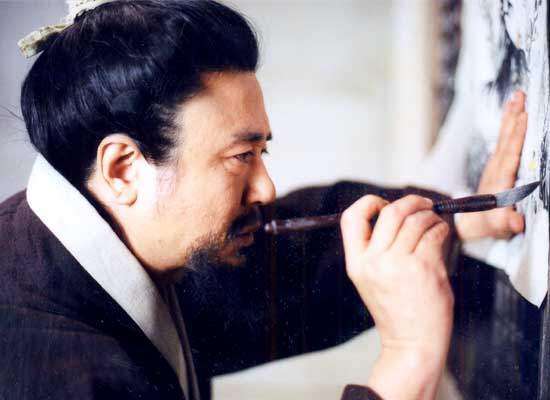 Considered Im Kwon-taek's greatest work (at least outside of Korea), "Chihwaseon" is also a landmark for Korean cinema, since it signaled the first time a local director won the Best Director Award at Cannes.

The biopic presents the life of Jang Seung-up, one of the most significant painters in the history of the country, who is considered to have changed the direction of Korean art. The story begins with the middle-aged, already accomplished artist being suspicious of a Japanese art-lover who values his work, but then, through flashbacks, highlights his whole life since childhood. Being a dirt-poor orphan, his talent was initially discovered by an aristocrat, Kim Byeong-moon, who remained a friend and a mentor for Seung-up for many years. With his help, the young man studied with various teachers, and had the opportunity to paint extensively when he was taken to the household of another aristocrat, Lee Eung-heon. His career, however, started in the wrong foot, since he was initially known for his copies of famous works, but eventually, and through Kim's guidance, he developed his own style, although through much hardship and pain. Later on, he became widely known and he painted extensively in all genres of the time, including landscapes, flowers and daily life, to the point that he became one of the few painters to hold a position of rank in the Joseon court. 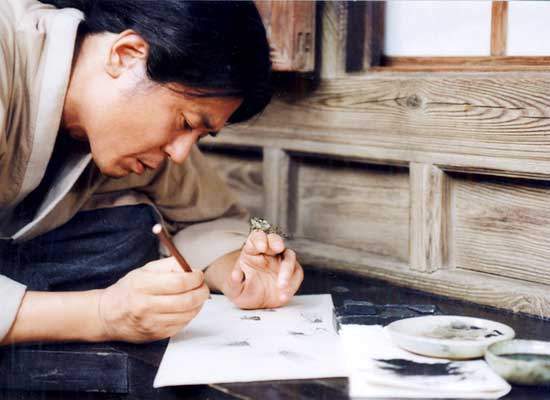 Im Kwon-taek directs a movie that unfolds in three axes. The first and most obvious one is the story of the painter, which focuses on his art and his struggle to find originality in an era when copying the Chinese classics was almost the rule. This part focuses on Seung-up as an artist, presenting his evolution from a copier to a master, through a plethora of samples of his work, accompanied by the life incidents revolving around them. The second one is the story of the man, which focuses on his struggle to overcome the stereotype that art belongs exclusive to the higher classes, and in essence, on his efforts to overcome his low status, in a path filled with anger, alcohol, and many women. The third and most minor axe presents the history of Korea from the end of the Joseon era, and another struggle, that of a country to break free from the influence of its neighbors, Japan and China.

The three axes are presented exquisitely and result in a rather thorough portrait of a multi-leveled man, whose life mirrored the history of both Korea and of art in the country. This aspect benefits the most by Choi Min-sik's great performance in the protagonist role, with him portraying a number of different psychological statuses and sentiments, while his transformation from a bitter, cunning man to a conceited "super  star" is a true joy to behold. The rest of the cast, particularly Ahn Sung-ki as Kim Byeong-moon and Kim Yeo-jin as Jin-hong, a kisaeng Seung-up lived with for some years also give accomplished performances. 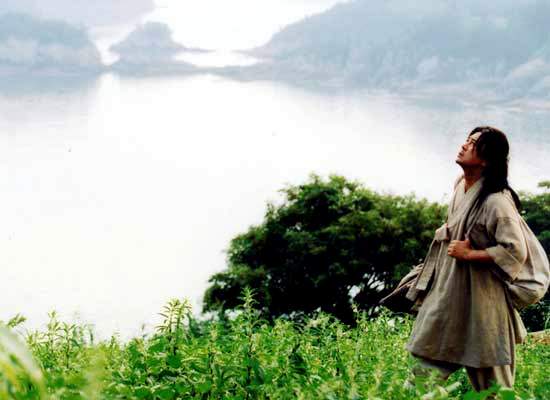 Im Kwon-taek's narrative approach focuses on detail, regarding both the actual story and the overall visuals, with Jeon Il-seong's cinematography matching the actual paintings of Seung-up in beauty, without neglecting realism. Furthermore, I found the fast and quite frequently abrupt editing of Park Soon-deok one of the best assets of the film, as it provided a great rhythm to the unfolding of the story that suits both the narrative and the overall aesthetics.

"Chihwaseon" is a great movie, definitely one of the best of Im Kwon-taek, and a must-watch for all fans of Korean cinema and Korean art in general