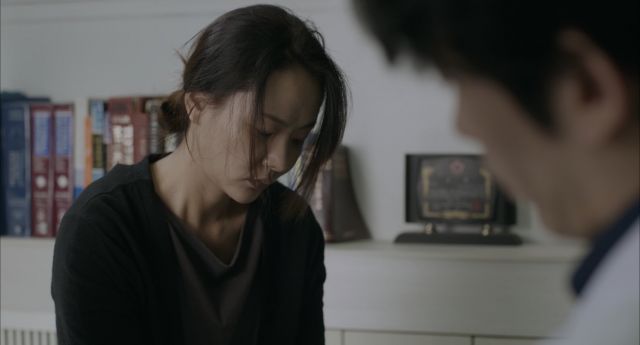 Maybe it is a bit too early to say this, but "Clean Up" seems to be among the best independent Korean films of the year, and one of the most interesting movies that have been released from the country during the latest years.

The story revolves around Jung-ju, a woman in her forties who works for a cleaning company, but harbors as much sadness as she does secrets. The first sentiment derives from the death of her son to heart disease, which also led to a divorce with her husband, and the second from a terrible act the two of them committed some years ago. Her psychological status has led her to overworking, drinking and going to church, none of which seems to help though, in contrary to her husband, who has moved on. Her past comes knocking at her door in the face of a new recruit of the company, Min-gu, who has just been released from prison. The two of them eventually form a rather unexpected relationship.

Kwon Man-ki directs and pens a movie that thrives on its narrative, particularly regarding the build-up of the relationship of the two protagonists, and the revealing of the reasons of Jung-ju's behavior. The way past and present secrets are revealed is exceptional, and this owes much to both the direction and the editing, which is also courtesy of Kwon Man-ki. Through this approach, he manages to analyze Jung-ju's character to the fullest, and through her, to make a number of eloquent comments regarding loss, regret, and repentance. As the story unfolds and the fact that Min-gu functions as a "surrogate" for Jung-ju's son, the film also delves into psychosexual realms, through a combination of a perverse edition of the Stockholm syndrome and Oedipal complexes, which add even another layer to the narrative. 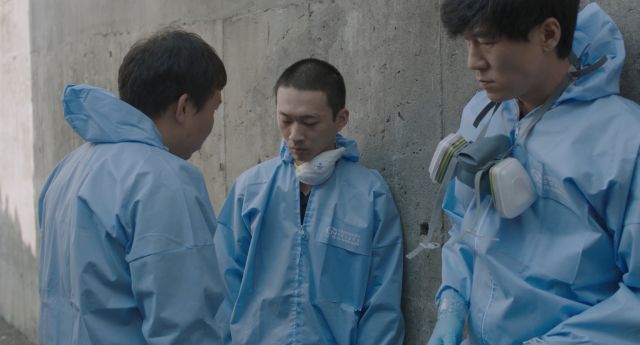 The thoroughness and realism in the presentation of the cleaning business is another asset, with Kwon not shying away even from the most despicable aspect of the job, while the profession also serves as a metaphor for Jung-ju's effort to "cleanse" herself from the sins of the past, which pile up as she learns more about the young man. This presentation benefits the most from Kim Pyung-Ki's excellent cinematography, whose relative bleakness suits the aesthetics of the film perfectly.

Yoon Ji-hye is impressive as Jung-ju, a woman who tries to hide her sadness but fails, but also a multilayered woman who goes to extremes in order to achieve catharsis. Kim Dae-geon as Min-gu is also good, as a man whose inner turmoil seems always on the verge of being unleashed, with the few times it actually does being the apogee of his performance.

Not much else to say, "Clean Up" is a great film, and a more than hopeful debut for Kwon Man-ki who totally deserved the award he received in Busan's New Currents section.

"Clean Up" is directed by Kwon Man-ki, and features Yoon Ji-hye and Kim Dae-geon