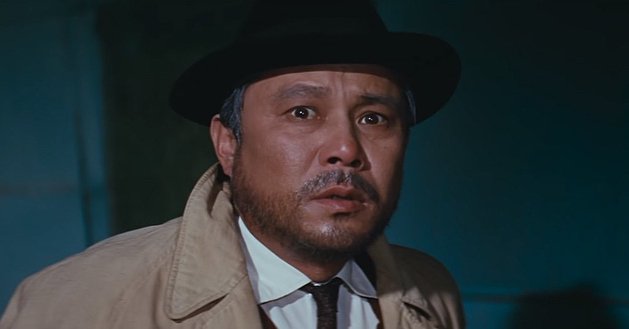 Kim Soo-yong was one of the most prolific directors of the 60's, in an era when film production was rather fast and films were being released constantly, without much regard for quality, in an effort to meet the quota for the import of foreign films, which at the time was 3 (local productions) to 1 (foreign production). A number of directors managed to shoot 6-8 films per year, but Kim Soo-yong went a step further, by shooting 10 in 1967. "Confession of an Actress", which is based on a novel by Yoon Seok-joo, is one of them.

The film revolves around Kim Jin-kyu, a once successful actor, who has fallen to hard times due to the manipulations and the "rules" of the industry. As he roams the streets hearing the harsh comments about his current appearance, he stumbles upon an acquaintance of the past, Hwang Jung-seun. Hwang reveals to Kim that his daughter from the co-star whose illness brought his demise, whom he considered dead, is very much alive, and working at a bar. He gets him there, but Kim, feeling sorry for himself, does not reveal his true identity to Jeong-im, who is now a young woman. Instead, he vows to make her a star, helping her in the only he can in his condition. After some introductions to the producers and director, all of which are mesmerized by the girl's beauty, Jeong-im's career begins, but her path is rather hard, as she is an untrained actor. Her father functions as her mentor and benefactor, but never reveals his identity, instead choosing to sacrifice himself for the sake of his daughter.

Kim Soo-yong directs a rather intense, to the point of hyperbolic melodrama, since this aspect begins with the father's condition and continues until the end, through both his and his daughter's hardships, with the finale providing the highlight. Through the melodrama, however, Kim manages to present a number of harsh comments regarding the movie industry of the time. In that fashion, the archetypical characters are all present: The beautiful but naive ingénue,  the veteran actress who sees her career failing and tries to hold on any way she can, the cunning and somewhat sleazy producer, the strict, perfectionist director and the handsome co-star can all be found in the story, mirroring the circumstances of the (then) industry quite eloquently.

Furthermore, Kim makes a point of highlighting the harsh tendencies of an industry that is always searching for something new, young and beautiful, particularly regarding actors, in essence throwing the "veterans" out, in an ever-ending effort to draw the audience, and subsequently, to make money. The way Jeong-im, a beautiful woman who knows nothing about acting, becomes an attraction immediately, is the biggest testament to this tendency, along with the situation of Kim Jin-kyu.

What really sets the film apart, however, is its presentation of the above themes, with Kim Soo-yong mixingg reality and cinema quite frequently, through the excellent editing of Yu Jae-won, while retaining a somewhat ironic look to everything he presents on screen, in a rather entertaining approach. Hong Dong-hyuk's cinematography is also great in that regard, as he presents lush film sets and mostly rundown "actual" settings with the same artistry, wonderfully implementing the aforementioned directorial approach.

The actors, who have retained their actual names for the film, give quite memorable performances. The protagonist duo in particular, is impressive, with Kim Jin-kyu presenting the bitter loser who sacrifices himself for his daughter and Nam Jeong-im the naive rookie who gets in over her head in the movie industry, in highly entertaining fashion. The rest of the cast are also quite good in their archetypical roles.

"Confession of an Actress" is evidently cheesy, but Kim Soo-yong has managed to shoot a rather interesting and meaningful film inside all the sentimentalism, which results in a very entertaining spectacle.