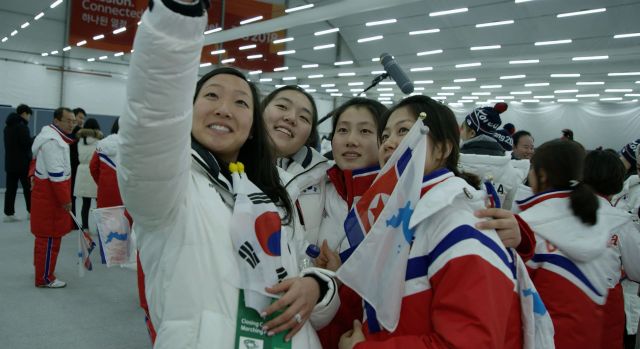 When one hears about a film that is the official one of the Winter Olympics (in this case of Pyeongchang Winter Olympics,) and that the director is appointed to shoot it, one is, inevitably, led to think that the effort would be one of glorification, almost completely stripped of objectivity, a promotional work, in essence. And although these elements are still present, Yi Seung-Jun has managed to shoot a documentary that is much more than a promotional piece, by focusing on stories of actual people, not all of which are characterized by athletic triumphs.

In that fashion, Yi focuses on five athletes who competed in Pyeongchang Winter Olympics and the difficulties they had to face before they reached what is considered as the apogee of sport. A female ice hockey player who was adopted to the United States, a skeleton player from Ghana, an Afghanistan skier, a British showboarder and a ski jumper who is overcoming an intense knee injury are the "protagonists".

All of the aforementioned are tales of struggles that lead to success with the broader sense of the word, but I felt that the first two are the most interesting, particularly due to their sociopolitical context. Regarding the first, which is centered on Park Yoon-jung, North and South Korea had a joined women's ice hockey team during the games, comprising of athletes who, for the most part, did not even know each other, thus forming a rather interesting situation, particularly due to the differences the girls had to overcome (including language, to a point) in order to become a team. Although their differences were significant and their success almost non-existent, one has to applaud their effort, as did the audience in Korea, also as an indication that perhaps, some day, the two Koreas will manage to become one again. 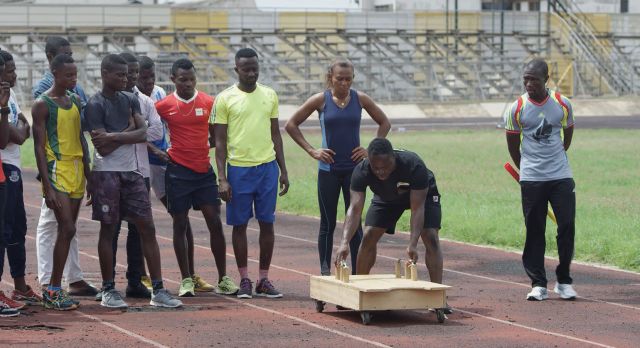 The story of Akwasi Frimpong, the skeleton player from Ghana is also quite interesting, both regarding his decision to participate with the colors of Ghana and for his life story, since in order to finance his training, he had to work as a door-to-door salesman for vacuum cleaners for some time.

This aspect, the fact that the documentary does not only focus on the winners, but on the most interesting stories, is what sets "Crossing Beyond" apart, and allows Yi Seung-Jun to present a film that is so much more than a promotional movie.

Of course, the presentation of the accomplishments of the organizers and of the games as a whole, including records and unique moments, along with the beauties of the area and the level of the construction of the stadium involved is also here, and takes a large part of the documentary. However, the combination of fast editing and fitting music, during this part, allows it to function as a music video, thus heightening the entertainment it provides, and in essence, again elevating it much higher than a promotional piece of work. 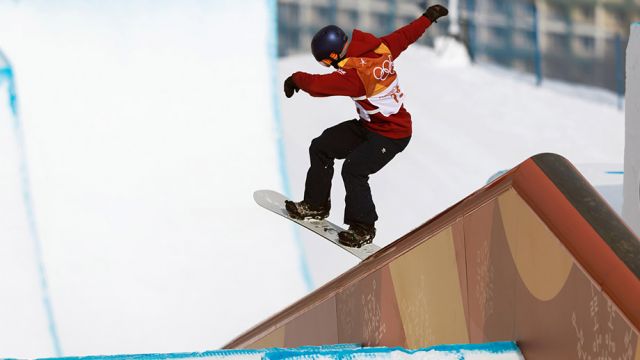 "Crossing Beyond" is a very interesting documentary, which, through the presentation of a number of engaging stories, becomes appealing even to audiences who do not have much interest in (winter) Olympics, and even sports in general, and that is where its true value lies.

"Crossing Beyond" is directed by Yi Seung-Jun.