Watching a film that combines thriller, crime, drama, comedy, violence, home-invasion and a stage-play basis is always a pleasure, particularly since Shin Hae-gang has managed to mold the aforementioned elements into something compact, headed by a great performance by Kim Young-ho, which netted him the Best Actor Award in BIFAN.

Soo-ro and Man-seok used to be poor together, but now the latter is quite rich and the former is on the brink of losing the bathhouse he runs with his two sidekicks, Jong-gi and Dong-sik. Man-seok also has troubles of his own, since he is getting a divorce from his wife, who is asking for a huge alimony. Thus, Man-seok convinces Soo-ro to break into his house and kill his wife, a deed that will bring him 3 billion won, which, for Soo-ro, is the amount that secures a man's perpetual happiness. Expectedly though, nothing goes as planned during the invasion, as secrets come to the fore, involving both the five aforementioned and Man-seok's two children, Min-su and Min-ah, and violence ensues.

Shin Hae-gang directs a film that mostly takes place inside Man-seok's apartment, with this stage-play like feel heightened even more by the fact that the movie is split into acts, each with its own title. The aspect that moves the production towards the cinematic, however, is the many flashbacks, which are used to explain the actual situation, and in essence, to analyze almost every character in the film, through a number of plot twists that carry the story almost to the end. These twists and revelations are probably the best asset of the film, as they allow the narrative to take many and different paths, while we watch allegiances constantly swifting, and the concept of the victim and the perpetrator (not to mention the femme fatale) changing almost with every flashback. The same also applies to the genres of the movie, which starts as a comedy, then becomes a drama, and ends up as a violent crime thriller. 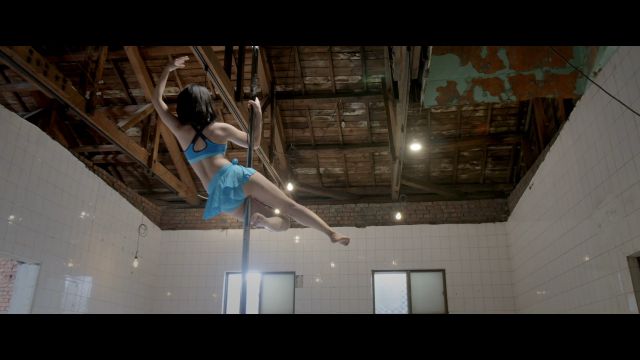 However, and to return to the comment I made regarding "almost to the end", I have to say that Shin should have stopped about 15-20 minutes before the actual finale. At that point, the story had found its apogee, as much as the overall directorial approach. Instead, the last part of drags on for no apparent reason, just for a rather hyperbolic need for closure, in essence adding elements to a story that was great before that, and thus faulting the overall quality, maybe not to a point to ruin it completely, but still significantly. I have to say though, that the rather theatric closing sequence, is truly memorable.

Some comments regarding materialism are presented in the most obvious fashion, particularly when Soo-ro described the male happiness as having a big house, a luxury car, women and the ability to travel. These comments, however, are somewhat lost in the labyrinth of the story.

The acting aspect, on the other hand, is on a very high level, headed by two impressive performances by Kim Young-ho as Soo-ro and Kim Jung-pal as Man-seok whose transformations are quite entertaining to behold. Yoon Bong-gil as Dong-sik and Lee Seung-hyun-I as Min-ah are also great, in a very commendable group effort that also highlights the chemistry of the cast. 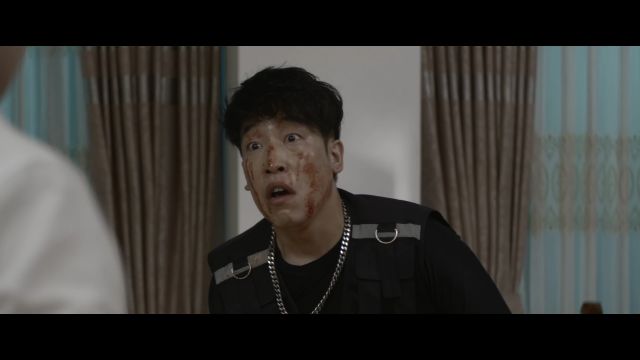 Of course, the ones who had the most work in the film were the editors, with Hong Su-dong and Kim Yeong-hyeon (I do not thing a single person could do this by himself) joining the different timelines quite elaborately, allowing the flashbacks to be quite understandable, while maintaining a sense of a fast pace through their frequent cuts. This tactic definitely benefits the narrative, which could have easily become "stuck" in the same location, otherwise. Park Jeong-sik's cinematography has captured the various locations with realism, while the job he did presenting the apartment as a space much bigger than it actually is, is impressive.

"Dogs in the House" is quite an entertaining film, that could have been a lot better with some different choices regarding its duration, and subsequently, the conclusion of the story.

"[Hancinema Film Review] "Dogs in the House""
by HanCinema is licensed under a Creative Commons Attribution-Share Alike 3.0 Unported License.