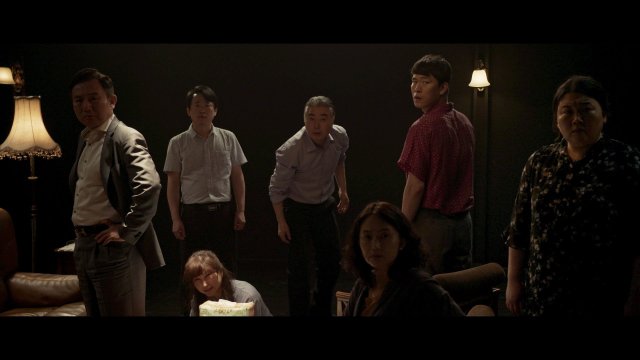 Films that unfold like stage plays are one of my favorite categories, although I can understand why many consider them non-cinematic. Park Hyun-yong directs a film in that fashion, but through a number of added elements, most of which are "courtesy" of genre cinema, manages to exceed these limitations.

The story takes place inside a room for the most part, where three sons and one daughter have gathered at their elder's brother house, where a notary is about to open their deceased father's will, with the concern of everyone being on the distribution of his 2 billion won. When the notary announces that the elder brother will receive 900,000,000 and the rest 300,000,000 (what is left is donated to church) tensions start to rise and the older brother's wife makes things worse with her behaviour. All of the siblings get their chance to complain about the rest of the family, while their greed comes to the fore. In the midst of the fight, the first son receives a call by someone stating that he has kidnapped his son and wants ransom. To save him, he starts asking his siblings for their share, but that does not prove as easy as one would think. 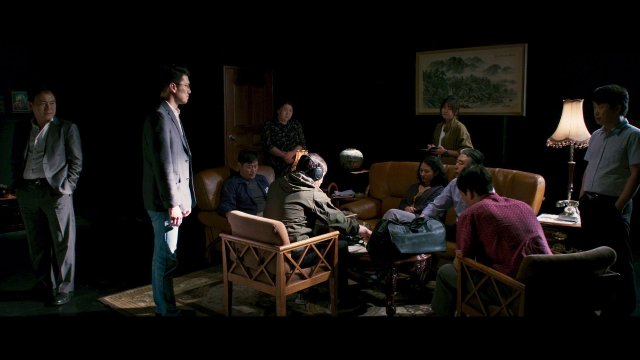 Park directs a film that focuses on two topics mostly. The first one is family, with Park presenting the love-hate relationships that usually characterize siblings, and the fact that bottled-up emotions are always present in this kind of situations, in essence waiting for a moment to come out. Family meetings always seem the perfect circumstance for something like this, and Park takes full advantage of the fact to add entertainment to the movie.

The second is greed, which is presented as a sentiment that characterizes everyone and can prove "poisonous" occasionally, even between members of the same family.

The opening of the will (and its sole existence one could say) functions as a medium that both presents and connects the two main topics in the most engaging way. However, as soon as the narrative steps outside  the room, the genre elements become palpable and the social drama starts transforming into a thriller, as the agony soars and is actually transferred inside the room. I would like to analyze more, but that would spoil the movie.

The members of the cast act more as a troupe than individually, and in that regard, they highlight both their chemistry and Park's directorial abilities in coordinating them. However, the one who eventually stands out is Son Byung-ho as the second eldest brother, whose outbursts are among the most entertaining parts of the movie. 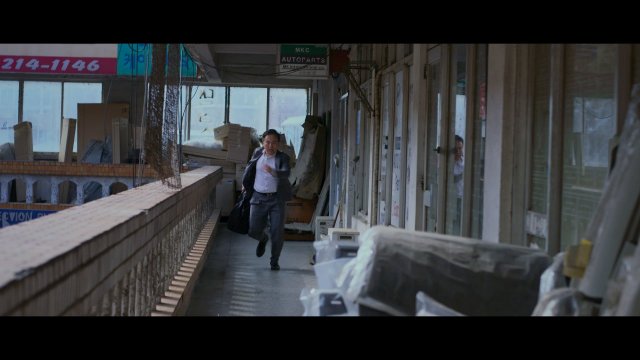 Koo Doo-hwan's cinematography functions in a way that lets the audience think they are observing the discussions closely, much like in stage plays, while the scenes taking place in exteriors follow the rules of the action thriller for the most part. The same differentiation between indoors and outdoors applies in the editing also, with the slow pace of the former becoming much faster in the latter.

"Don't Go Too Far" is easy to watch, particularly for those who also enjoy stage plays, while the thriller elements give it the necessary cinematic elements. Furthermore, at 77 minutes it does not outstay its welcome, in a value that seems to have become a rarity in (Asian) cinema.