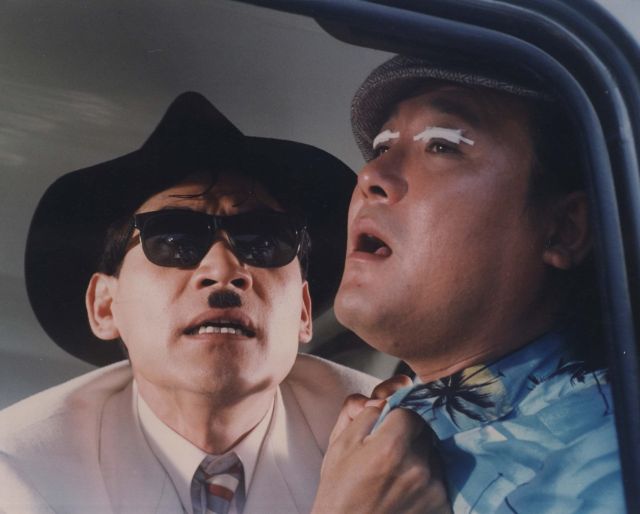 Lee Myung-se started his career under Bae Chang-ho, for the films "Hwang Jin-ie", "Our Joyful Young Days" and "Dream - 1990". Thus, and having repeatedly cooperated with him and his "permanent" protagonist, Ahn Sung-ki, it was almost inevitable that he would cast them both for his directorial debut, a rather unusual comedy titled "Gagman".

The protagonist of the film is Lee Jong-se, a third rate standup comedian with a small mustache that makes him look like Charlie Chaplin (or Hitler) who considers himself a great director, despite the fact that he has never shot even one film.  In his effort to accomplish his dream, he does not shy away from crashing movie sets or interviews with directors, all the while retaining a caricature-like posture and behaviour. His fate seems to change though, when he meets two people and gets hold of an object: barber Moon Do-seok, who wants to become an actor and is willing to give up everything and follow "the director", whom he considers a genious. A feisty woman named Oh Seon-yeong who storms into his life and eventually becomes a great source of inspiration and guidance. An actual gun that he receives from a deserter in a scene that is placed somewhere between fantasy and reality, and eventually has the trio following a path much more real and dangerous than they ever considered. 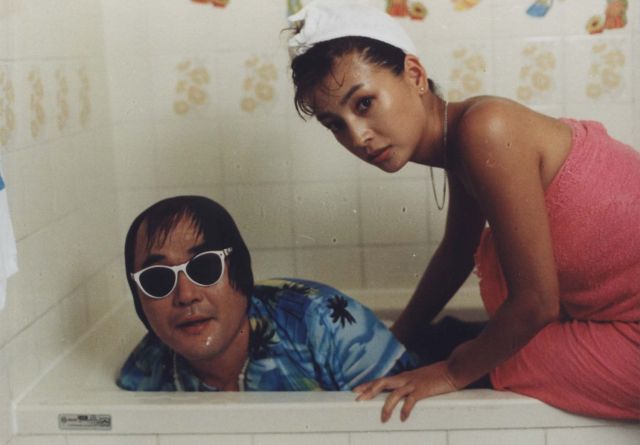 The episodic narrative of the film, that seems to revolve around the "cinema imitates life and vice versa" concept is rather unusual, dominated by elements of slapstick and absurdness, all the while retaining a sense of disorientation due to the thinning of the borders between fantasy (cinema if you prefer) and reality. Through this tactic, Lee makes a number of comments regarding the movie industry, with his most obvious (and most ironic) being the one when the director exclaims, "Who would make a real movie in the 21st century?" However, the gag-humor that seems to dominate the film (the scene where the girl is singing Suzie Q on stage and the director and the barber dance is a great sample, and one of the most entertaining sequences in the film) allows the story to flow quite nicely, particularly because Lee does not seem to take himself and his movie overly seriously. This flow benefits the most by Kim Hyun-II's (another Bae Chang-ho regular) editing, who connects the various scenes with artfulness, while retaining a rather fast pace that suits the film's aesthetics perfectly.

Another central point in the narrative is the characters and their connection, which revolves around the ability of Lee Jong-se to draw the other two into his fantasies. And if the barber, who also represents the eagerness Koreans felt at the time for anything American, was keen to do so from the beginning, the way the street smart Seon-yeong falls under his spell is impressive, with him drawing her in gradually, through his rather appealing paranoia. 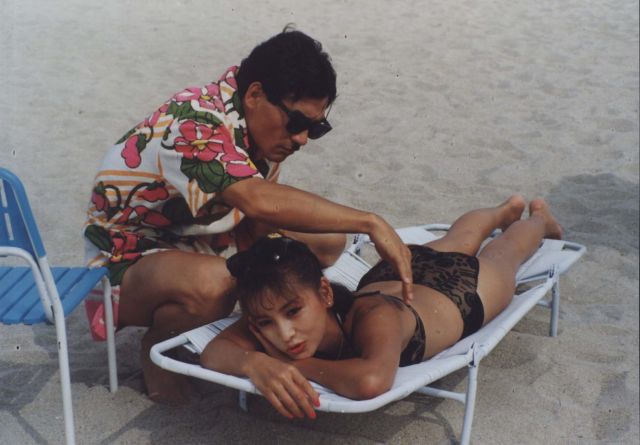 In that fashion, and since the story is mostly character-driven, the acting aspect plays a very significant role in the film and is safe to say all the members of the cast perform in exceptional fashion. Ahn Sung-ki is great as the Charlie Chaplin caricature, with him having an almost permanent smile on his face while moving from blunder to blunder without losing his composure and cheerfulness even for a minute. Bae Chang-ho is equally good as the barber, particularly after the moment when he begins considering himself an actual actor, wearing a Hawaiian shirt and sunglasses, and uttering lines from famous Hollywood movies.Hwang Shin-hye completes the trio quite nicely, as the one who initially has the most grip to reality, only to become just like the other two as time passes.

"Gagman" does not look very much like the films Lee Myung-se would shoot later on, but remains a rather interesting debut, both as a film itself and due to the semantics involved, for example a former assistant director casting the director he worked under, for his debut. Apart from that, "Gagman" is quite entertaining despite its unusual narrative, and will definitely have its audience laughing a number of times.