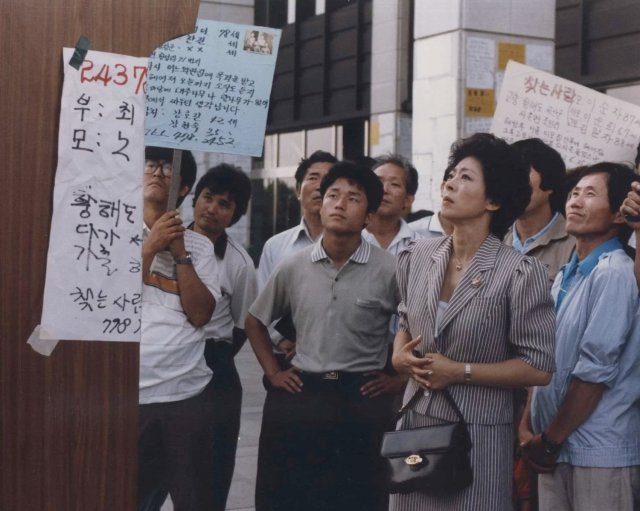 The film is inspired by the KBS show in 1983 which aimed to reunite families separated during the Korean War. The early episodes of the show generated huge amounts of interest among the general public (88% of the population watched the early episodes), and the square in front of KBS was thronged with people advertising and looking for lost family members.

Im immediately knew that there was an important film to be made about the subject of the search for separated family members, and even before he had any structured ideas for the film, he went down to KBS Plaza with a camera to shoot some documentary footage. The scenes in "Gilsotteum" in KBS Plaza use that footage, with the actors superimposed by being filmed against a back projection. (Source: London Korean Links)

The script takes place at the same year, and revolves around Hwa-yeong, who, after her husband's urging, goes to the square to search for her lost son, whom she has not seen for 33 years. In there, she meets with Dong-jin, her first love and father of the child, and the two take two trips: one down memory lane and one in "Gilsotteum", where her son, Seok-cheol, should be at the time the story takes place. 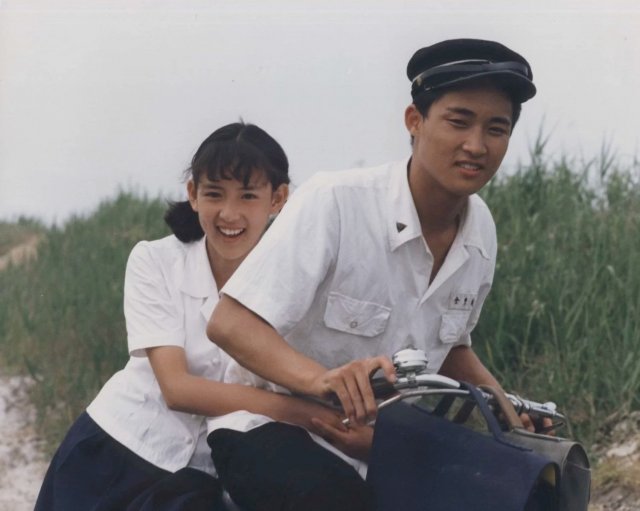 In the first arc, we watch the orphaned Hwa-yeong taken in with a family of her father's friend, where she falls in love with the son, Dong-jin, to the frustration of his father who meant for the two of them to grow up as siblings. His attitude forces the couple to split, but not before an illegitimate son is born. Hwa-yeong is separated from everyone when she is imprisoned for ties with communists, and the son is adopted by another family. In the present arc, in "Gilsotteum", the man who is supposed to be her son is now a violent drunk working jobs nobody wants, while her former lover is also on hard times. The pressure from both their current families is soon added to their problems.

Im Kwon-taek used the huge impact of the KBS show in order to present a multileveled drama that functions both as a story about the events after Korea's liberation and the subsequent Korean War, and as a critique of the then (1983) social and financial circumstances of the country.

The first part is a dramatic love story, which borders on being a melodrama but does not quite get there, particularly because Im knows how to avoid being over sentimental, without stripping the drama of its impact though. The forbidden love and the separation of what could have been a family functions greatly in that setting, and on a secondary level, as a critique of the patriarchy and anti-communist tactics of the time. 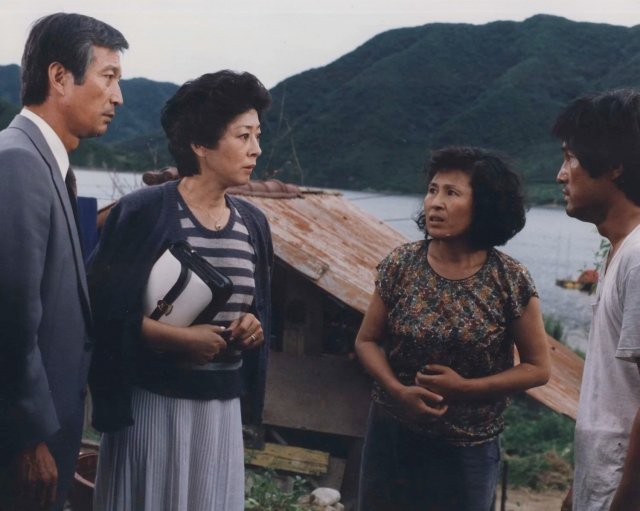 The second part, although almost equally dramatic, focuses on showing the harsh dichotomy brought by the then financial policies, with Hwa-yeong representing the ones who succeeded (to a point at least) and the men around her the "failures". Hwa-yeong personifies this concept quite eloquently in her meeting with the man who might be her son, as she exhibits a reluctance to accept somebody who probably would ruin her both socially and financially. On the other hand, Seok-cheol's wife's eagerness for him to be her son, in order to "profit" from the wealth of her mother-in-law and change their sad life shows the opposite side of the exact same concept. Kim Ji-mee as Hwa-yeong embodies the aforementioned struggle in the best fashion, as she gives a rather powerful performance that actually anchors the film. Kim Ji-yeong as Seok-cheol's wife is also excellent as she highlights a character that is as obviously mischievous as a country bumpkin ever was. Kang-Shin Sung-il as Dong-jin is functional, but nothing impressive.

Jung Il-sung's cinematography is one of the best assets of the production, with him presenting a variety of settings (idyllic rural ones, destroyed by the war, contemporary rich and poor neighborhoods) with the same level of artistry and realism. Park Soon-duk's work in the editing of the film is also quite good, with him implementing the flashbacks in the narrative in a way that keeps the film flowing and preventing it from becoming confusing.

"Gilsotteum" is a very rewarding film that benefits the most from its multileveled commentary, its direction, and the female acts.