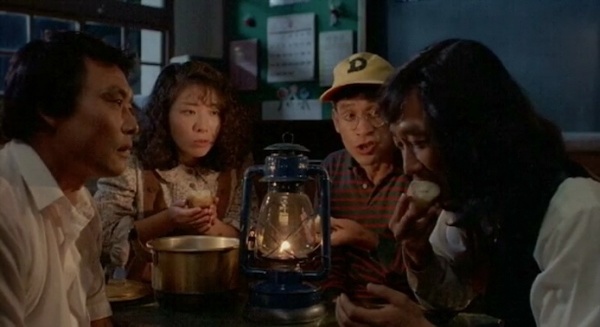 After a Joseon film ("Hwang Jin-ie") and a romantic comedy ("Our Joyful Young Days"), it was time for Bae Chang-ho to return to the theme that resulted in his biggest commercial successes, the road movie, with "Hello God" sharing many similarities with "Whale Hunting".

The protagonist this time is Byeong-tae, a man suffering from cerebral paralysis (instead of a timid bookworm in "Whale Hunting) who decides to embark on a trip to Gyeongju on his own. Expectantly, he loses his way and manages to reach the opposite destination, where he meets Min-woo, a failed poet with street smarts (in the stead of the beggar-hustler). Soon, the trio is completed with Choon-ja, a pregnant woman (instead of a mute prostitute), with the two latter deciding to accompany Byeong-tae to his destination, despite the fact that they run out of money eventually. 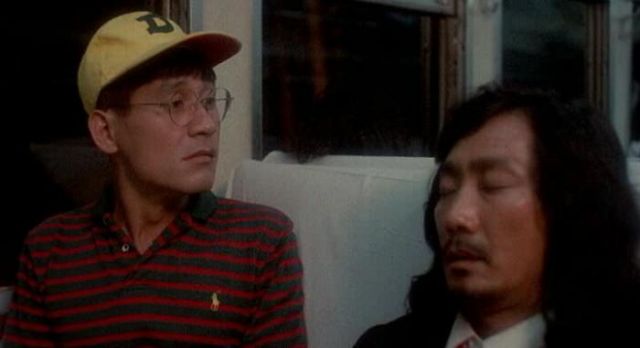 Much like "Whale Hunting", Bae Chang-ho directs a road film of episodic nature, which combines comedy and (melo) drama in a rather entertaining, but also a bit shallow package. Min-woo's shenanigans are quite funny, even when they fail, but in the end, they also end up being dramatic, with the sequence in the restaurant being the apogee of this tendency. Ahn Sung-ki as Byeong-tae plays the part in understandable fashion, but his performance lingers towards aloofness rather than the dramatic, particularly because the people he and the group meet do not seem to understand that he is sick. Perhaps this could be interpreted as a comment on the lack of providence, both by the state and people regarding this illness, but the message (if it exists) is quite toned down.

In this road trip, some of the events seem to be on the border of reality (and logic) and occasionally surpassing it. The one where an in-labor Choon-ja is crossing a river with Byeong-tae, in pouring rain and eventually reaching a house where only children present, and having to give birth in a barn is the most significant testament to the fact, in a sequence that seems to draw inspiration from the birth of Jesus. The finale, which satisfies the need of the audience for a shappy conclusion is also somewhat illogical, although in entraining fashion.

On the other hand, the interaction with the pawnbroker is quite well-presented and the most hilarious in the film, both due to his composure and attitude towards the trio, and due to Min-woo's efforts to trick (?) him. 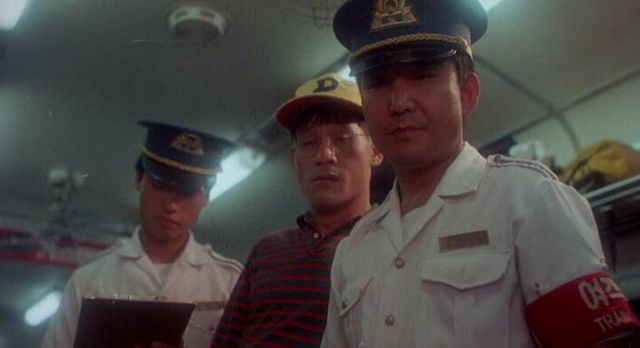 The mostly jazz soundtrack works quite well with the narrative, while You Young-gil's cinematography presents the variety of different settings with artistry and realism. Kim Hyun-II's editing is also competent, with him connecting the various episodes in a fashion that allows the movie to run smoothly, in a relatively fast pace.

Kim Bo-yeon as Choon-ja is convincing as the cheerful pregnant woman, who manages to hide her agonies under her smile and kindness. Jun Moo-song's performance as Min-woo is one of the best assets of the film, with him presenting a number of psychological statuses and attitudes with a very entertaining pompousness and aloofness.

"Hello God" is easy going and very entertaining at times, but the fact that it repeats the motifs of Bae Chang-ho's previous works, and a number of faults in the narrative deem it one his weakest works.