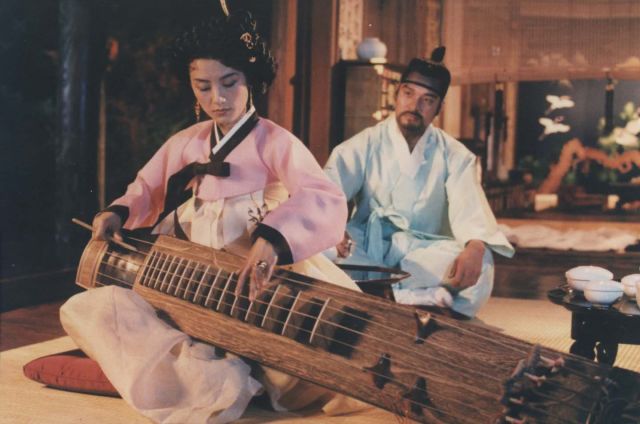 My exploration of Bae Chang-ho's cinema continues with a rather different film, since it takes place in the Joseon era, and focuses not on narrative, but on visuals, in a rather arthouse approach. Let us take things from the beginning though.

The story is based on an actual person with the same name, who is considered the most famous gisaeng of the Joseon Dynasty, and has featured in popular culture a number of times. The story begins before she becomes a gisaeng, when she is just the beautiful daughter of an important family, and is about to marry. Just before the ceremony, though, a local cobbler who has been stealing her shoes to draw her attention is arrested, punished, and soon commits suicide. Shuttered by this event, Jin-ie abandons her former life and becomes a gisaeng, changing her name to Myong-wol.

Soon after, she begins a relationship with a wealthy man, Kyong-dok, who soon abandons her, though, to go to Seoul. Myong-wol then decides to roam the world, but her path is full of hardships, that not even the relationship with another man, Yi-saeng, a noble man whose reputation was ruined, tones down. As time passes, her downward spiral continues. 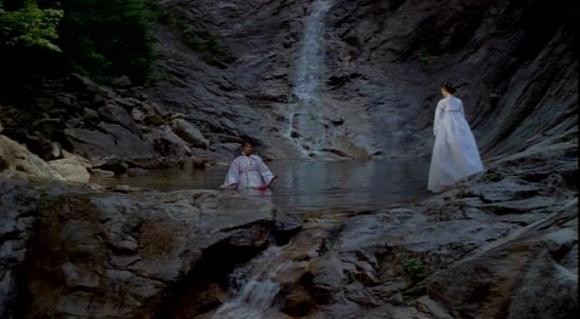 Bae Chang-ho directs a naturalistic film, which moves quite slowly, in order to allow the spectator to enjoy Jeon Il-seong's impressive cinematography, who presents a number of rural and bucolic setting of extreme beauty, through a plethora of long shots. This tactic extends to the set design, costumes, music, and in general the depiction of the era, which is as realistic as possible. Most of all, it extends to the presentation of Jin-ie, with Chang-ho frequently using close up shots of Jang Mi-hee's impeccable face, again allowing the spectator to enjoy the beauty on screen.

The style of the film follows the rules of the art-house, with Kim Hyun-I's editing implementing a rather slow pace, through a number of lengthy scenes, while the dialogue is scarce, with the actors mostly presenting their feelings and psychological status through their eyes and body stance.

Of course, the social commentary could not be missing from a Bae Chang-ho movie, and the Korean director does not fail to presents a rather harsh one about the role of woman in Joseon society, with the fact that "this is a man's world" being depicted quite eloquently. In rather melodramatic fashion, Bae highlights the fact that women had no claim on their fate whatsoever, and more particularly in Jin-ie's case, even beauty can prove a curse. One could say also that her downwards spiral towards the complete lack of dignity is instigated by her will to escape her fate, in another comment about the dead-end women constantly experienced during the era. 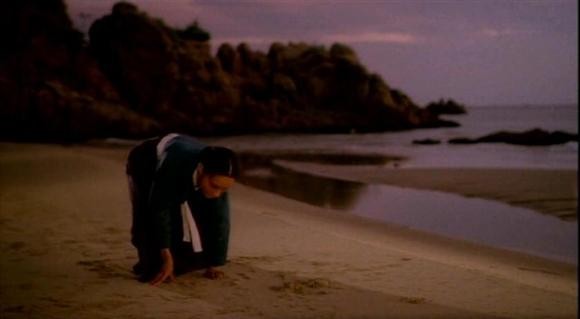 "Hwang Jin-ie" is one of the least approachable films of Bae Chang-ho, particularly due to its art-house aesthetics and the very thin narrative. At the same time, it is one of the most visually impressive, and that is where its true value lies.