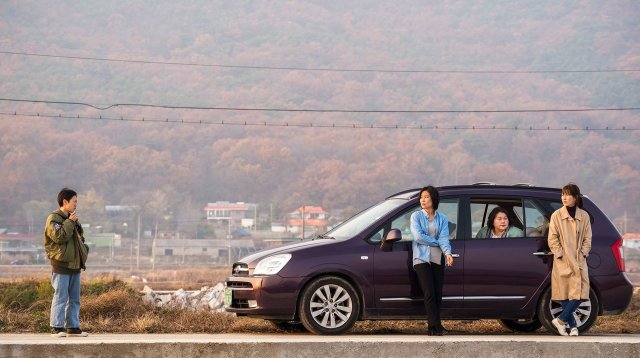 In a cinema such as the Korean, where the masters (Park Chan-wook, Lee Chang-dong, Bong Joon-ho) and the crime thrillers dominate the narrative, it is always a pleasure to discover films such as "Move the Grave", who justify the title "hidden gem" entirely. Let us see what this is about though.

The story revolves around four sisters, who come together somewhat unwillingly, when their father's brother calls them to the island they were born, in order to be present in the move of their father's grave, due to construction. Their brother is supposed to be with them, but is nowhere to be found, while Hye-yeong, the older sister and a single mother, is bringing Dong-min, her rather difficult son, along. Trouble brews almost immediately since there seems to be some tension between the sisters, particularly since Hye-yeon, the younger one is late but demands to be picked up. However, as time passes, it is revealed that the issues the four women face do not have to do with each other, but with their personal lives. Hye-yeong is being laid off from work due to the time she consumes being a single mother. Obese Geum-ok has a hard time with her marriage, particularly since she is completely dependent on her husband's money. Geum-hee is preparing for a wedding but faces significant financial issues and Hye-yeon is struggling with college life. The tension mounts even more when their patriarchic, old-fashioned uncle demands that the "eldest son" is present during the move, forcing the four sisters to go look for him. Soon it is revealed that he is in even more trouble than they are.

Jeong Seung-o presents a satire disguised as a drama, in order to highlight a number of social comments regarding contemporary Korean society. The most evident ones are those regarding the status of women, the clash between the traditional and the new (tradition and progress if you prefer) and the bonds that constitute a family, where Jeong seems to say that you do not need to like your family in order to love them.

The satirical and somewhat ironic atmosphere of the film is presented mainly through the change of roles in the story, particularly since Seung-rak, the only male brother seems to be a timid coward, in complete contrast with the archetype of the alpha male. On the other hand and in the same style, Hye-yeong and Hye-yeon seem to embody all the male "traits" usually associated with Korean men, with the first one being the leader-provider and the second one the violent one with the temper. This change of roles provides much entertainment, and also seems to state that "this is not a man's world" after all. 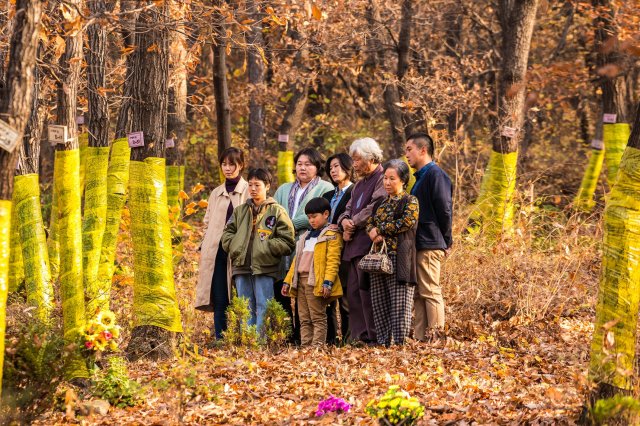 On a secondary level, Jeong also deals with the concept of shame that derives from the omnipresent competition that seems to characterize all siblings' relationships, as all five of them are reluctant to reveal their issues to each other. On the other hand, one could say that they just do not want to bother each other, but this does not seem to be the case here. The fact that the sisters, in particular, fight each other until every one of them reveals her issues, also speaks a lot about family relations, as the overall atmosphere takes a turn towards caring after all is spilled. The scene where Hye-yeong ditches her two sisters in the middle of nowhere only to pick them up seconds later, speaks volumes about the film's approach towards the concept.

Technically, the movie follows the basic rules of the indie, with the realistic cinematography and the mid-tempo pace, but the road-movie aspect winks at the mainstream, in essence adding to the entertainment it offers.

The acting is also on a very high level. Gong Min-jung as Hye-yeong plays the part of the "struggling leader" to perfection, Jang Liu is excellent as the rebel without a cause Hye-yeon, while the overall chemistry of the members of the cast is one of the film's best assets.

"Move the Grave" is smart, funny, pointy and quite entertaining. A great debut by a director that is bound to draw much interest in the years to come.