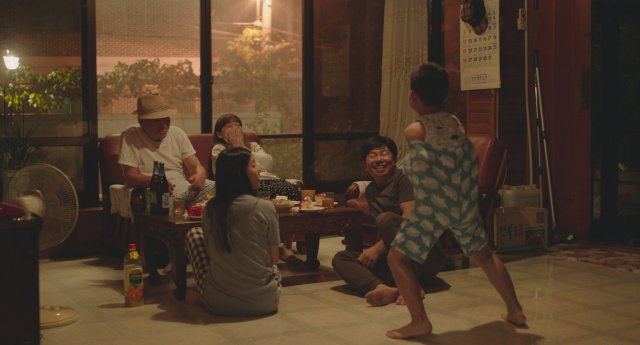 Winner of the NETPAC, Citizen Critics', DGK and KTH award in Busan, "Moving On" is one of the best films to come out this year from the country, particularly due to the insight it offers to the Korean modern society.

After their father goes broke and his wife abandons him, teenage girl Ok-joo and her younger brother Dong-joo move with him to their grandpa's house. While the boy adapts pretty soon to his new environment and begins to get along with his grandfather, the same does not apply to the girl, who still carries much grudge towards her mother for leaving them, while her entrance to adolescence makes things even more difficult for her. Eventually, their soon-to-be divorced aunt also moves into the house and the girl finally finds someone to relate to, even a substitute for her mother, and she, too, begins to adapt. When her grandfather gets sick, however, the family has some difficult decisions to make.

In a style that reminded me much of Hirokazu Koreeda's "Still Walking", Yoon Dan-bi-I, in her debut, uses the story of a family in order to present a thorough portrait of three generations of Korean people, the importance of the institution of family and what it means to mature and grow up, in a rather multileveled narrative.

The first element is the most obvious one. The character of the grandfather is mostly revealed through a scene where he listens to an old song, with the screen being filled with the nostalgia he feels for a time long gone. At the same time, Ok-joo's observation of him is a turning point for her, which finally allows her to start moving past her loss, and in essence, to begin her path towards maturity.

The father and the absence of his wife, as much as the sister's situation seem to state how relationships, and the overall concept of family has failed during the previous generation, as the endless pursuit for financial success, and the occasional failure to do so, has destroyed it completely. The fact that the father sells replicas of shoes, unsuccessfully for the most part, and the fact that he is still searching for an idea that will make him rich, functions as metaphor for the above, along with his difficulty to admit, even to his daughter, what he is actually doing. The fact that both brother and sister return to their parent's house could also be perceived as a metaphor regarding the traditional concept of family (where all generations shared the same home) and the solace that it can still offer to this day's social and financial problems. At the same time, the decisions the two make regarding their father's future and the house seem to state that despite the aforementioned solace, the previous generation is still money-driven. 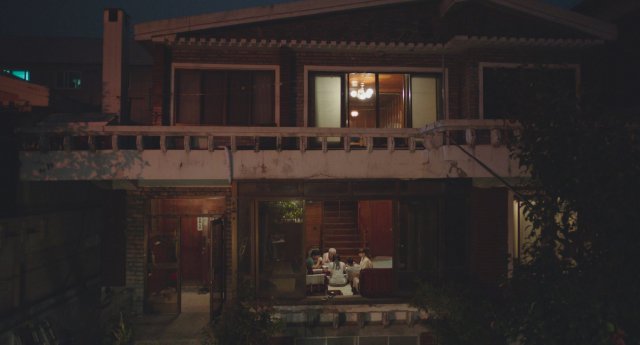 The two children, and particularly Ok-joo, who is old enough to have a better understanding of the situation, represent the repercussions of the aforementioned, and particularly the failure of the institution of family has onto the newest generation. However, Yoon also states that blind rage does not help, and that teenagers should also try and understand and respect their parents' feelings and decisions, as much as learn the reasons behind them. This aspect also moves towards the coming-of-age film, as it states what young people need to do in order to grow up.

The fact that all the aforementioned are presented through the eyes of Ok-joo works wonders for the film, allowing Yoon to present them with a very sensitive but also realistic perspective that makes all her comments eloquent and relatable. Kim Gi-hyeon-II's cinematography helps immensely in this approach, as his camera allows the viewer to feel as if witnessing what is happening through the eyes of the girl, while his presentation of the house elevates the location as one of the protagonists. The editing follows the rules of the arthouse, implementing a slow, leisurely pace that allows the director to present all her comments without rushing. 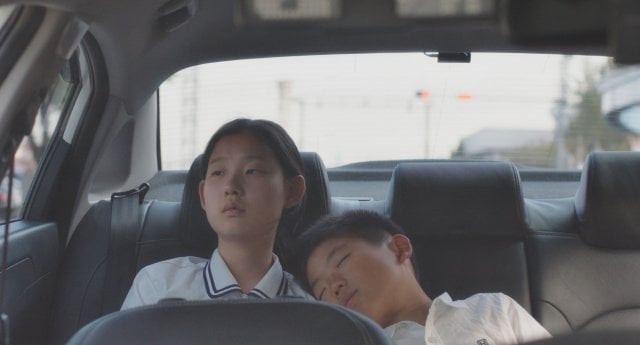 Probably the greatest aspect of her direction, however, is the way she handled the two young actors, with both Choi Jung-woon as Ok-joo and Park Seung-joon as Dong-joo giving quite realistic performances, with the latter also being brilliant in the portrayal of her character's transformation.

"Moving On" is a great indie family drama, particularly because it manages to work on so many levels and to present themes that are easy to relate to, in a global scale.