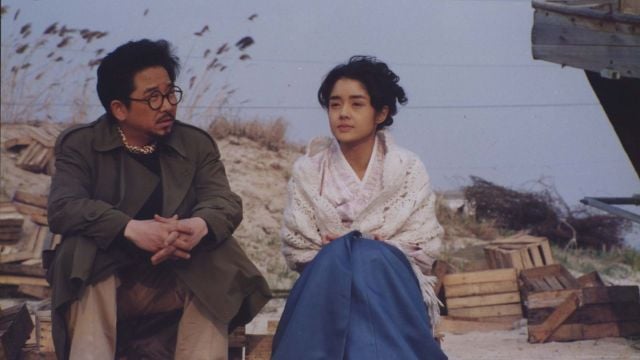 People say that opposites attract and the phrase could not be mirrored more eloquently than in the relationship between the Fauvist painter Bon-woong and Lee Sang, a poet and writer, which occurred during the period of Japanese Imperialism in Korea. "My Dear Keum-hong" is the story of this friendship that eventually became an unfulfilled love triangle.

The film starts with the two protagonists meeting after an exhibition of Bon-woong's, with the two almost contradictory personas coming immediately to the fore. Bon-woong is serious, measured and respectable while Lee Sang is a womanizer who takes nothing seriously, almost constantly laughing at everything. Lee Sang considers Bon-woong a genius while Bon-wong is impressed by Lee Sang's abilities of wooing women, and that is how the beginning of a friendship that focuses on both having a good time begins. At the same time, their backgrounds, as the painter is the son of a millionaire and the writer of a poor family that expects him to eventually take care of them, seems to cement their friendship even more, instead of drawing them apart. When Lee Sang falls ill, he decides to go to Backchon, a health resort, and Bon-wong follows him. While there, they meet a courtesan, Keum-hong, and soon both fall in love with her. Bon-wong treats her with respect but it is Lee Sang with his vulgar and indecent ways that wins her heart first, and a rather strange relationship begins. When the two men return, Bon-wong suggests to the financially failing Lee Sang that they open a cafe and invite Keum-hong to run it.

Kim Yoo-jin directs a kind of a biopic that has a realistic-dramatic base, but also includes many elements of sensualism, to the point that almost all sequences seem to end with Lee Sang having sex with a beautiful girl. Apart from that though, the story is quite interesting, particularly through the presentation of the differences of the two main characters, in an element that carries the film for the whole of its 96 minutes. Particularly the seriousness and the success that follow Bon-woong in every part of his life except for women and the flimsiness, the almost constant laughing, and the many failures in everything but women for Lee Sang form a rather entertaining base for the narrative. The fact that as the story progresses,, these differences expand is the main dramatic element of the story, particularly since Lee Sang seems to succumb into something very close to madness.

The third axis revolves around Keum-hong and the ripples she sends across the two men's lives, and particularly Lee Sang, who ends up with her, in a rather tragic relationship that becomes worse as time passes. Keum-hong in essence is the catalyst of the story, since their meeting shapes the path the two men eventually take significantly. 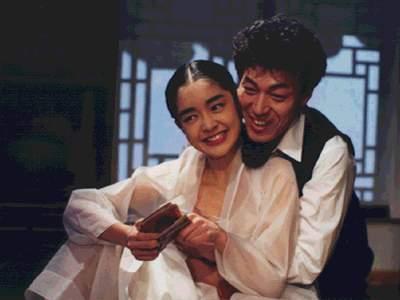 However, while this relationship is explored quite thoroughly, the same does not apply to the past of the two men, and occasionally their present, which is mostly depicted through their interactions with various women. At the same time, the narrative at one point turns its focus almost completely to Lee Sang, stripping the story, in essence, of its second character. Truth be told, Lee Sang seems more interesting through his downward spiral, but Bon-woong also has enough characteristics that could be explored further. Lastly, the art world and the way artistic circles function are presented to a point, but again the look upon them is quite epidermic.

Probably the best asset of the movie is its acting, with all three protagonists being quite good in their parts Kim Kap-soo as the lovable but self-destructive buffoon is impressive, with his performance coming to direct contrast with Kim Soo-chul's mostly measured one as Bon-woong. Lee Ji-eun-I as Keum-hong is equally good as the almost archetypical femme-fatale, with Park Seung-bae-I's cinematography focusing much on her impressive appearance.

The cinematography in general follows the path of realism, with the exception of the last sequence where it takes a turn towards the lyrical but also the melodramatic. Kim Hyeon has done an excellent job in the editing of the movie, inducing it with a relatively fast pace that suits the story and the overall aesthetics quite fittingly.

"My Dear Keum-hong" is an interesting film that follows the path of entertainment quite nicely. However, I feel that the material for a masterpiece was somewhere here, and could have actually materialized if not for a number of narrative choices that restricted its potential. Definitely deserves a watch though.