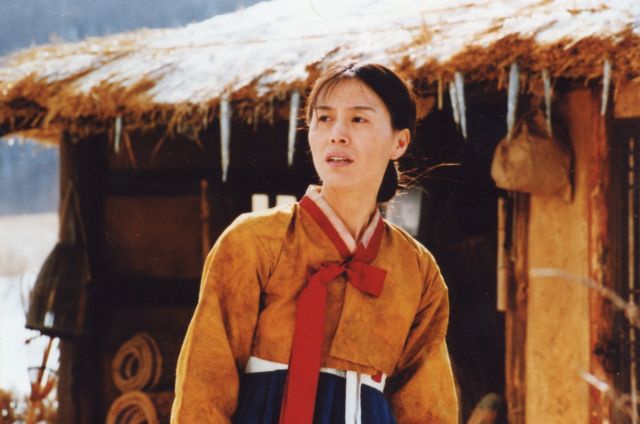 One of the most visually stunning films in Bae Chang-ho's filmography, "My Heart" was the product of his and his wife's (Kim Yu-mi, who is also the protagonist) combined writing effort, which resulted in a great story about the life of a woman from the 1920s until the 1960s.

The film begins as 16-year-old Soon-i is married to the 10-year-old son of the local doctor, in a sequence that seems to cause much laugher to almost everyone except the two. The laughter, however, ceases almost immediately, as Soon-i soon realizes that her role is very close to that of a servant for her husband and his strict, dominant mother, who seems to hate her daughter-in-law. Years pass and Soon-i continues coping with her hard life, only managing to unleash her frustration by talking to herself the few moments she is alone. However, when her husband returns from his studies with a woman who is quick revealed to be more than a friend, Soon-i decides she had enough. Despite her mother-in-law's attitude and opinion of her, which is revealed as something completely different from what Soon-i thought, she decides to leave the estate, particularly after realizing that the her husband and the new girl are in love. 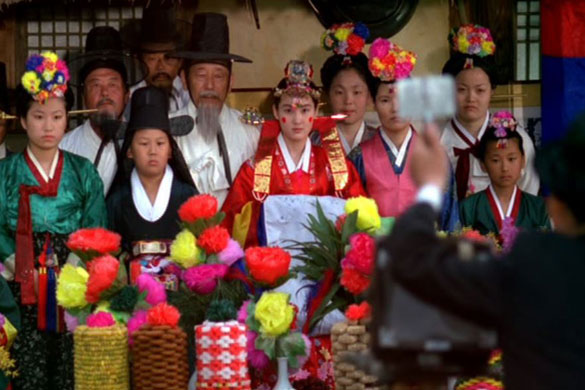 Thus, a new series of adventures initiate, that first bring her in the company of a potter and then taking care of a fugitive woman and her baby.

Through a very engaging story of a woman whose main characteristic seems to be empathy about all people around her, Bae Chang-ho presents the hardships women faced through the decades, and the ways they found to survive. In that fashion, from the highly unequal setting of the 20s, we watch a woman achieve independency through the dramatic occurrences that take place aplenty in her life, all the while putting the benefit of others constantly above her own. This last element is what makes the movie quite different from the rest dealing with similar themes, particularly since Soon-i decides to "understand" the love her husband and his mistress share and leave instead of erupting in anger, to "understand" that the potter's violent act is the result of the struggle of a drunken man in love, to "understand" that the woman trying to steal from her just does so in order to survive. The total of the aforementioned results in an ode to women's courage and kindness ("woman's heart" as Bae Chang-ho mentioned in our interview).

Kim Yu-mi as Soon-i and the embodiment of every aspect mentioned until now is exceptional in all the roles Bae Chang-ho asked her to play: wife, "servant", tortured, neglected, independent, lover, widow, inherently kind, self-sacrificing, mother are all presented with artistry and eloquence and with a dignity that seems to emit from every pore. Kim Myung-gon is quite convincing as the potter, in a role that lingers between the comic and the dramatic. Nam Jung-hee as the torturer mother-in-law is great, although her character's shift towards the end of the first arc is one of the least convincing aspects of the narrative. 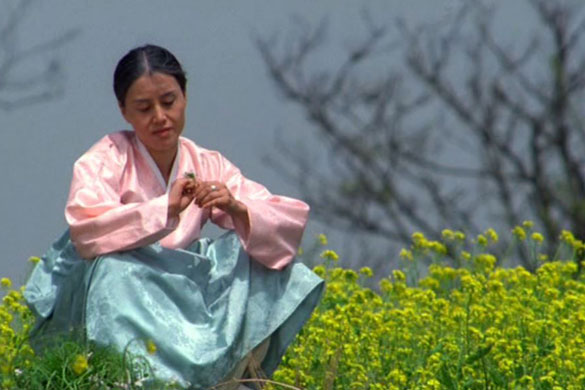 Song Haeng-ki's cinematography is one of the best assets of the film, with him portraying the different settings, periods and seasons with an excellent combination of artistry and accuracy, which results in a number of images and frames of utmost beauty. Kim Hyun-III's editing works quite well in inducing the film with a very pleasant pace, while the scenes that connect the different phases of the protagonist's life function as a tribute to both his work and, again, Song's cinematography.

"My Heart" is a very rewarding film and one of the best in Bae Chang-ho's second phase in filmography, which highlights both his and his wife's abilities.