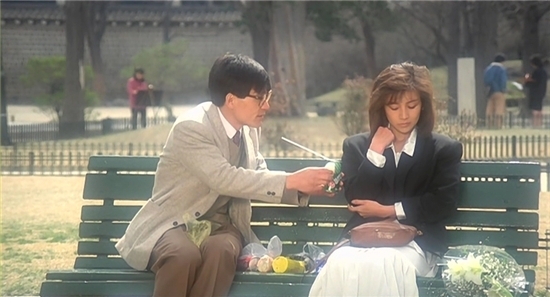 Continuing in his box office success of the 80's, Bae Chang-ho presented another commercially appealing film in 1987, with "Our Joyful Young Days" entailing all the elements the Korean audience cherished at the time (and still does, to a point).

Yeong-min is a shy and quite clumsy student, who has abandoned his dream of becoming an actor, in order to follow his father's "instructions", of becoming a white-collar employee. His father and his "gang" of drinking buddies worry about Yeong-min's lack of romantic endeavors, but the young man is actually in love with Hye-rin, an actress he has been admiring since the first time he saw her on a play, secretly sending her flowers after each performance of hers. Eventually, he musters the courage to speak with her, and the girl even agrees on a date, but Yeong-min soon realizes that she is leaving for the US soon, and even more, a bit later, that she is about to marry a gynecologist.

Years pass, and a now successful corporate employee Yeong-min accidentally finds out that Hye-rin is back and tries, once more, to make her mine.

Bae Chang-ho directs a movie that is actually split in two, with Hye-rin's departure and return serving as the dichotomy. The first part functions more a as a comedy with some minor dramatic elements, with the former element mostly drawing from Yeong-min's clumsiness, which Bae exploited as much as possible, even in gaggy fashion, and Ahn Sung-ki delivering in the best fashion as the shy "clown". 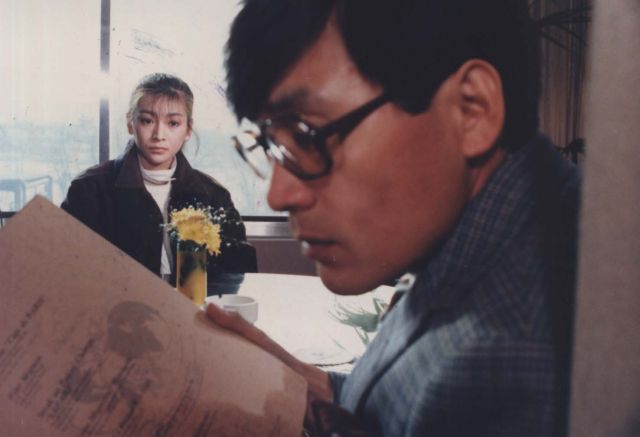 The second part lingers towards the romantic melodrama, with the brief happiness the two protagonists experience soon destroyed by a rather melodramatic development. In general, this aspect benefits and centers around Hwang Shin-hye as Hye-rin, with her giving a wonderful dramatic performance, while exemplifying her chemistry with Ahn Sung-ki.

The two parts work quite well in combining almost every popular aspect of commercial cinema, but I felt that the second part is somewhat weaker, both due to the far-fetched development (which combines "happily ever after" with melodrama), and the fact that it extends the duration of the movie to over 2 hours, thus making it a bit tiring. Kim  Hyun's editing tones down this essence, though, with him implementing a relatively fast pace, that stresses the entertainment aspect of the film. 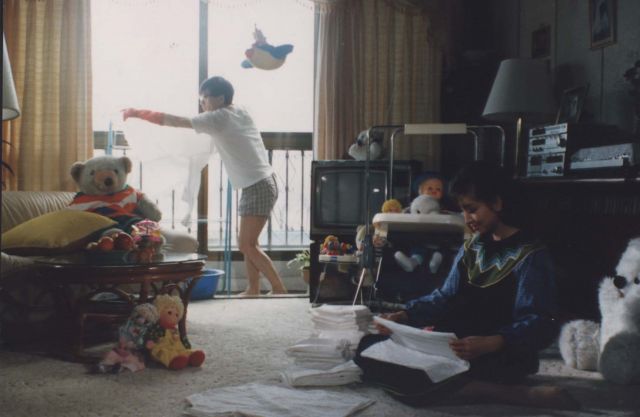 In this, highly commercial setting, Bae still managed to include some social comments, mostly revolving around the previous (at the time) generation, which is personified in Yeong-min's father, in another, quite good performance, this time from Choi Bool-am, and his friends. Bae presentation in that regard is almost harsh, with the father portrayed as a drunkard, ignorant, who could not understand the changes that came, and forced his dreams of financial success to a son that had to follow his "instructions" due to filial piety, thus deeming him, in essence, infantile. This tactic is the one that makes Yeong-min indecisive, timid and in conclusion, adrift in life. This comment is given mostly in humorous and subtle fashion, but the impact remains, in one of Bae's direction best assets.

"Our Joyful Young Days" is quite approachable, easy to watch and in essence, very entertaining, despite the relative lack of depth.