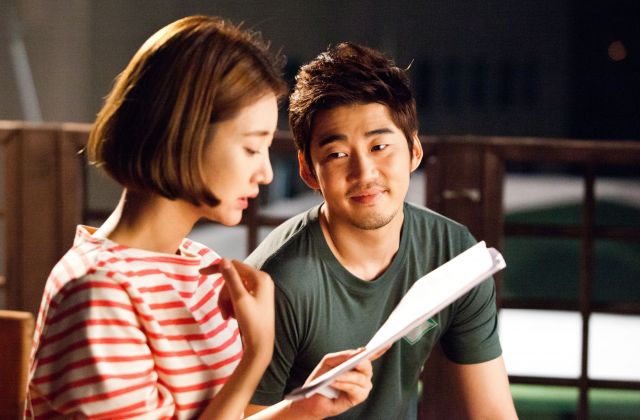 Romantic comedies are not my favorite genre, to say the least. Occasionally, however, I do find films I enjoy, with "What a Man Wants" being the most recent sample. Furthermore, the concept of the romance between a director of adult films and a former child actress seemed rather interesting, with the fact that the script is based on the director's personal experiences adding even more to the whole idea. Let us see how the film fared though.

Jeong-woo is a director who went into the film industry years ago, but has been stuck with shooting adult films for the last 10 years, despite many promises for a "regular" movie from his boss. Eun-soo is a former child actress that recently moved back to Korea to restart her career. Having fallen for a fake rental listing of Jung-woo's apartment, she is forced to share a room with him until her affairs are sorted. As the two start getting to know each other, the possibility of a cooperation arises, and a romance soon blooms. However, Jeong-woo keeps his real job a secret, and the consequences when Eun-soo finds out, are inevitable. Later on, as Eun-soo rises into stardom again, Jeong-woo falls deeper into depression, until a success of his own reveals a new possibility. The Korean film industry though, is relentless. 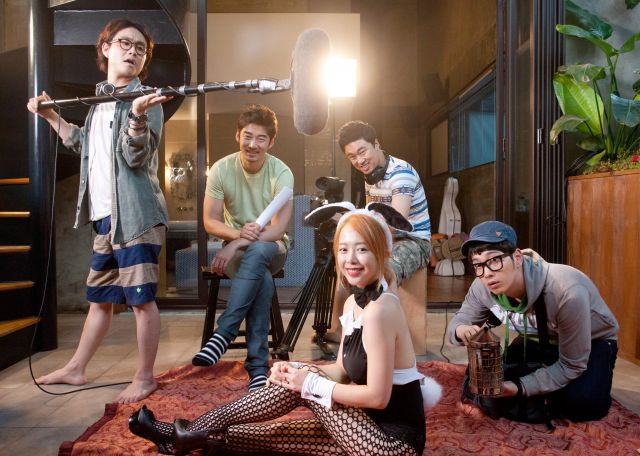 Let me start with the positive. The romantic aspect, filled with adorable silliness and a rather entertaining cheerfulness is quite good, while the comments about the Korean film industry are spot on. This second aspect is the most interesting in the film, with the concept of the industry looking down on directors of adult films, the significance of the Blue Dragon Awards and the Busan International Film festival, and the way the industry deals/directs its superstars being well presented and the ones that make the film stand out from the plethora of similar movies.

Furthermore, the acting is on a quite high level (for the category), with Yoon Kye-sang being convincing as a man who feels the burden of failure constantly, while Oh Jung-se, as his "right hand", provides one of the best secondary parts I have ever seen in the category, always with a focus on entertainment. All members of the "adult" crew are also very entertaining in their different parts, with the comedy aspect deriving mostly from their interactions with each other. Even Go Joon-hee as Eun-soo, who, in essence, is there to show off her looks for the most part, functions quite well in the narrative, with Kim Yeong-min's extremely polished cinematography highlighting her beauty in the most impressive fashion. 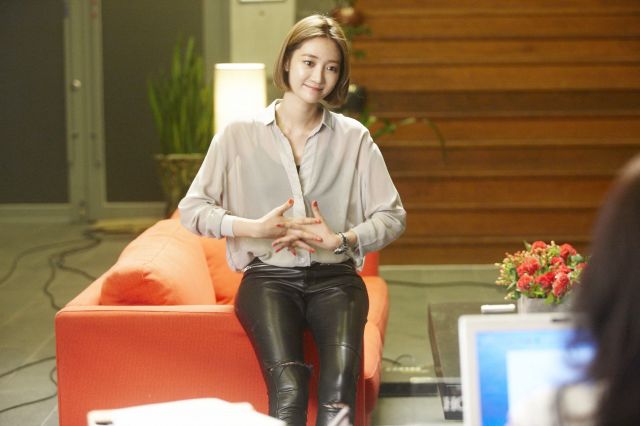 Add to the aforementioned a great sense of humor that permeates most aspects of the film, and you have the backbone of the positives of the movie.

Regarding the negatives now, there is one quite significant, and that is the duration of the film. I dare say that if "Red Carpet" stayed at 80-90 minutes, it would be one of the best entries in the category, but the fact that it managed to touch the 2-hour limit faults its general aesthetics significantly, since the lagging after the first hour makes the film tiresome, even stripping from its quite good (although generic) finale. Sin Min-kyeong's editing retains a good pace for the majority of the movie, but the particular part deems the work done in the department.

"Red Carpet" has a number of good elements, but its runtime condemns it to mediocrity.