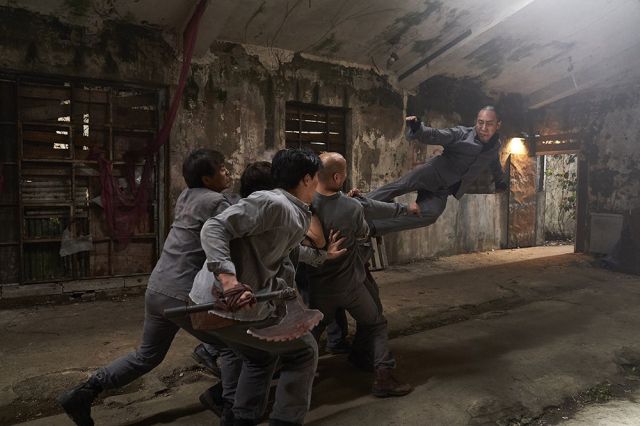 Korean martial arts films are not exactly a common tendency for the country's cinema. But when one someone deals with the genre, as Lee Seung-won-III does here in his debut, well, the result is extremely generic, to say the least. Let us take things from the beginning, though.

The minimal script goes as this. In the near future, dangerous, death row criminals are sent to Sura, a prison island, where law is nowhere to be found and violence is everywhere. In this setting, however, there is a man who rules, the notorious Carlos Kun. Kim Yool, a cop whose family was murdered by Kun, arrives voluntarily in the island, in order to exact revenge. However, during his arrival, he meets political prisoner Mali and her daughter, and actually joins (in a way) a band of misfits led by Bau, that try to survive in the island without being subjects to Carlos. 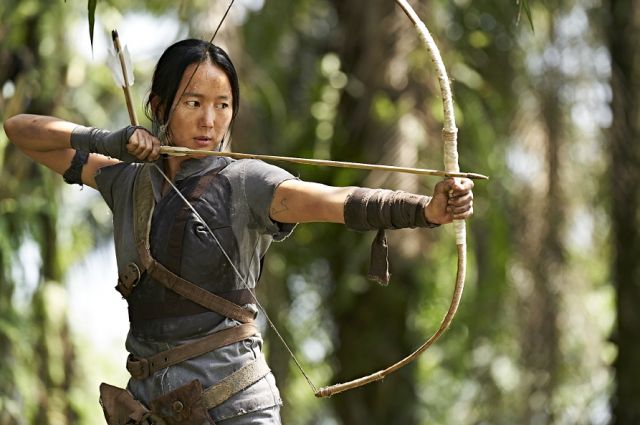 A script that just exists to provide a background for the action is actually the "rule" for the genre, but Lee Seung-won-III went a bit overboard, as his work is actually a collage of various fights rather than an actual movie. Even in that regard though, the narrative is filled with clichés and "copy-paste" from other famous action movies. In that fashion, the prison-island is a direct reference to "Battle Royale", the woman with the bow a parallel to "Hunger Games", the theme of the one-man killing minions in order to reach the boss much reminiscent of "The Raid", and so on. There is also a comic-relief character in Bau, and, of course, a child, all elements that are met in countless films of the category.

On the other hand, the action aspect is quite good, with the various battles being violent, gory, and highlighting the abilities of Bruce Khan as Kim Yool, Park Hee-soon as Carlos Kuhn, Ahn Gap-yong as Two Swords, and a number of other stuntmen. The fact that the characters Bruce has to face differ much in appearance and fighting style is also a plus, although at times the film functions as a video game in that regard. Among the many fights, the one between the two bow ladies, the one with Carlos's number two and Two Swords, and the final one, are the ones that stand out. A little more beating suffered by the protagonist would be an asset, but obviously, realism of any kind is not the main objective here. 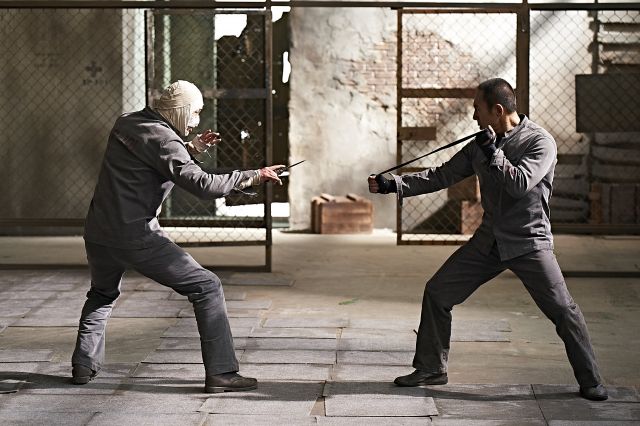 Bruce Khan is impressive in the action scenes, but the fact remains that he cannot act at all, with him retaining the same expression and composure almost for the whole duration of the film. Kim In-kwon as Bau gives the best performance in the film, although do not expect anything spectacular.

"Revenger" is barely a film, but it can definitely satisfy people that enjoy pure, violent action, and video game aesthetics.