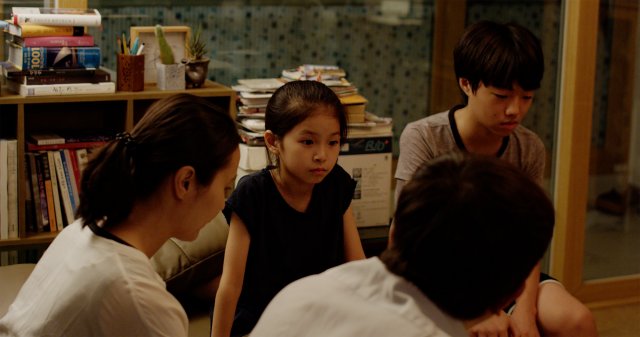 Films about the consequences divorces have on children can be found aplenty in world cinema, mostly focusing, however, on the parents and through them, to the kids. Lee Jihyoung and Kim Sol however, shoot a family drama that presents the succession of events after the divorce through the eyes of the children, and particularly of little Soo-min, thus managing to stand apart from the plethora of similar productions. Their efforts were rewarded with the Korean Competition Grand Prize and the Best Acting Award in Jeonju.

Soo-min and Jin-ho are siblings and have a rather good relationship despite their difference of age. One day, their parents announce to them that they are getting a divorce. The most awful part of their decision, however, is that they do not know how the children will be "divided". The two children are immediately filled with angst, particularly Soo-min who does not understand clearly, why this is happening, and becomes set on not allowing her parents to proceed. When she hears her mom discussing with a real estate agent about an apartment with two rooms, the possibility that she will be separated from her brother hits her quite hard. On the other hand, Jin-ho is much calmer about his parent's decision although he does not want to be separated from his sister either. Eventually, the two parents make a suggestion.

Lee Jihyoung and Kim Sol direct a very realistic drama, which presents a number of social issues through the eyes of a little child. The first comment regards the alienation the contemporary work environment brings to people, even those who are married. Soo-min at one point asks her mom why she married her father since their schedules did not match, and this point could not be presented more eloquently than this. At the same time, this part seems to pose a more general question regarding the reasons people are actually getting married and even more, have children. 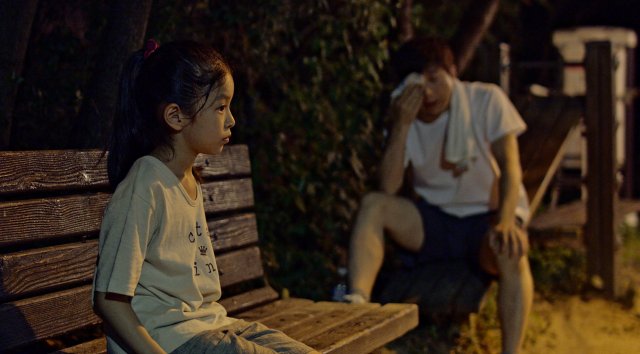 The fatigue of modern life and their consequences are also depicted through the kids, as we watch both parents losing their ability and even their will, after a fashion, to parent.

That fact that the these comments are presented through the perspective of Soo-min works quite well in the narrative, actually carrying the film for its 81 minutes, a duration that allows the movie not to overstay its welcome in any way. This aspect benefits the most by the exceptional performance of Moon Seung-ah, who shows a maturity way beyond her age, while her effort also highlights the work of the directors, particularly when one considers that the slightly older Choi Joon-woo is also quite good. The two directors were also in charge of the editing, and they implemented a slow pace, in distinct art-house style, that works quite well, particularly since the duration is "properly" managed.

Kim Jin-hyeong's cinematography succeeds fully in presenting the particular perspective, with his work focusing on realism without any exaltation.

"Scattered Night" is a very interesting indie/drama that manages to communicate its comments through accomplished direction and acting, without ever becoming too heavy.