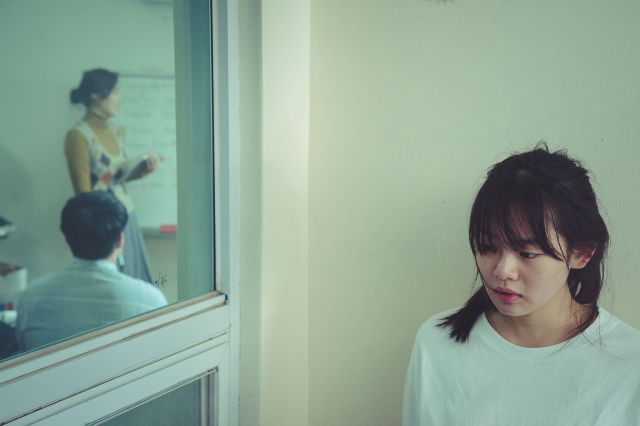 For her debut, Kim Yu-ri put a lot on herself, by shooting a film that deals with a plethora of subjects, including Christianity, growing up, broken families and obsession, and unfolds in three different time axes. Let us see how she fared though.

"Sub- zero Wind" (festival entry) screenerd at the 25th Vesoul International Film Festival of Asian Cinemas, where it won a special mention by the International Jury 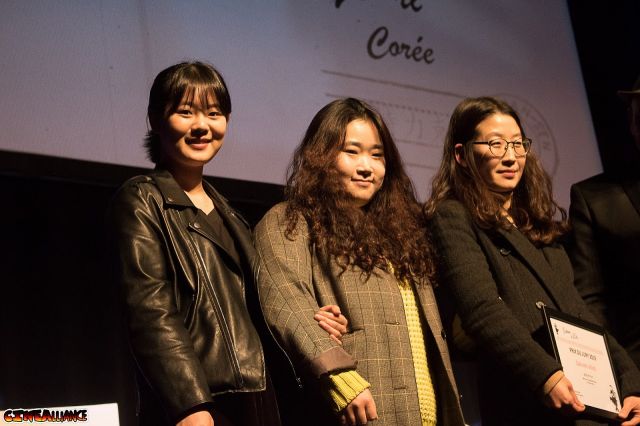 The story revolves around Yeong-ha. In the first part, we watch her as a young 12-year old school girl, being "served" to her father (who has already divorced her mother), by her deacon-wannabe mother, who cannot wait to welcome her new boyfriend in the house, only to find that her father has disappeared and so returned to her mother.

In the second arc, three years later, Yeong-ha is living with her mother and step-father, who does not seem to be able to say no to her. Yeong-ha tries her best to help her mom and her cousin Mi-jin, who, due to the loss of her parents, has become something of a pariah in their school. Her mother, who supposedly takes care of Mi-jin, actually uses the money given to promote herself in the church career she wants to follow.

In the third and most central arc, 19-year-old Yeong-ha experiences a rather difficult situation, with her family being broke and having moved to a small house, since her mother's goal of owning a church is yet to be realized. Things take a turn towards the much worse when an unexpected event involving her stepfather takes place. A shuttered Yeong-ha moves in with Mi-jin and takes a job at a hostess bar. 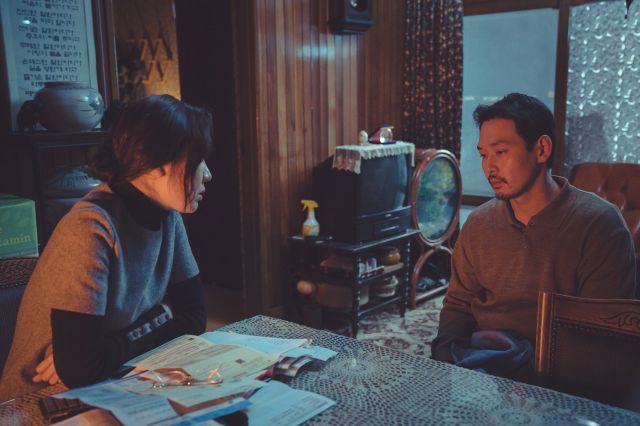 Let me start with the evident. Kim Yu-ri decided to deal with too many themes, and that eventually faults the film, since almost none of them is fully explored and lots of questions remain unanswered. The main focus, of the hardships young people in Korea have to face regarding their future, which includes finding a job and a place to live, is the most analyzed one, and Kim gives it another, more dramatic layer, by highlighting the consequences of bad or even completely lacking parenting.

The rest of the social comments, however, actually fault the narrative. Christianity and the question of if Kim regards organized religion and its practices as something good, domestic violence, obsession (as mirrored in the mother who seems to care for nothing but her pursue of becoming a deacon), friendship, even the world of the host bars are interesting topics, but again, are too many for a single movie of 109 minutes, and eventually result in making the narrative more confusing than it should be. The role of the stepfather is also kind of ambiguous, despite the fact that his actions are inexcusable, and his relationship with Yeong-ha's mother as much as the reasons for her obsession remain vague, to say the least.

On the other hand, Kim succeeds in painting a clearly pessimistic image of life in contemporary Korea, both for adults and young people, despite the somewhat optimistic ending, which seems to glorify the concept of friendship. Choi Woon-uk's cinematography compliments this sentiment quite nicely, filling the film with tones of gray and a number of night scenes. Choi Hyun-sook and Kim Ji-hyun's editing is also fitting, injecting the film with a relatively slow pace, while connecting the different timelines quite artfully. 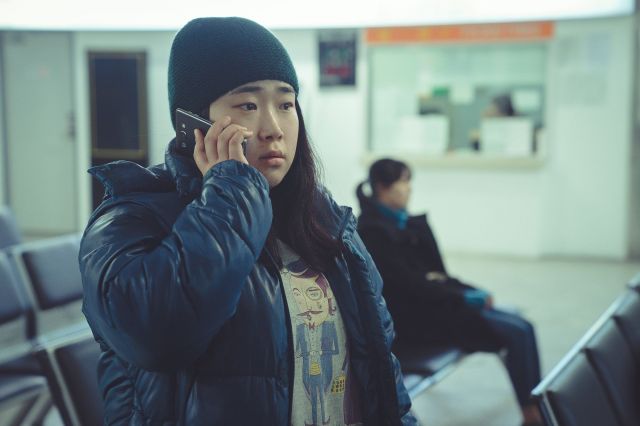 The acting, particularly of the female protagonists, is one of the film's best assets. Shin Dong-mi as the mother is excellent in portraying a broken woman, whose goal has become an obsession, and in essence, the reason for hurting herself and her daughter, along with her niece. Kwon Han-sol is equally good as Yeong-ha, portraying a number of different psychological statuses, from being naive and innocently happy, to extremely angry and confused, while her portrayal of a bar hostess who is not sure about what she is doing, is one of the highlights of her performance. The same applies to Ok Soo-boon as Mi-jin, a young girl who knows the only one for her in the world is her cousin and best friend, and is willing to do anything to sustain this relationship. The moments she is hurt but decides to swallow her feelings (the scene where she carries a suitcase and has a door shut in her face is a great sample) are her highlights.

Before "Sub-zero Wind", Kim Yu-ri shot a number of shorts, and she seems to have fallen into that trap of first-time directors, of presenting a series of shorts glued together, instead of a compact film. In that fashion, I feel that she really needs to work on her focus, although the potential seem to be here.