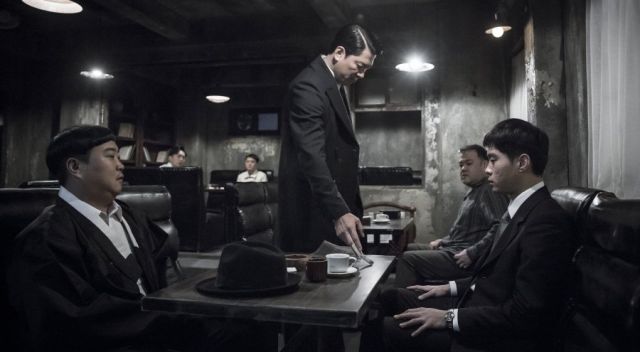 I have to admit I have a soft spot for films that unfold as stage plays, and this particular one, whose synopsis portrayed it as an Agatha Christie-style story, made me really eager to watch it. At half point, though, the narrative changed completely and the movie became something very different. Let us see if this change actually benefitted it.

The story takes place in 1953, at the Oriental Teahouse in the Myung-dong district, a place frequented by artists who enjoy their coffee and tease each other while there, in a rather relaxed atmosphere implemented by the owners, Seok-won and his wife, referred to here as Madam. This atmosphere is completely ruined when Kim Gi-chae, a detective, arrives at the place, and starts questioning the customers regarding the murder of Baek Doo-hwan, a poet, and his protégé, Yoo-jeong. Jang Hyeok, a writer, Haeng-cheol, and newspaper artist In-seong are all considered suspects along with the owners, and soon a game of mutual suspicions and accusations between them begins. The aforementioned change begins when Gi-chae reveals that he is actually working for the Special Operations Unit and is tasked with tracking down communists. The narrative, then, mostly through flashbacks, changes significantly and the film becomes quite political.

As I mentioned before, the film is split in half, with the first part functioning as a crime-mystery, stage play with Kim Gi-chae in the role of Poirot, while the second is more cinematic, mainly through the many flashbacks that shed light to the actual story of the characters involved (most actually). Due to this approach to the narrative, the means of transition between the two parts are of utter inmprotance and I daresay that Ko Myoung-sung has done a really good job in this part, as this change is so smooth that is almost unnoticeable. 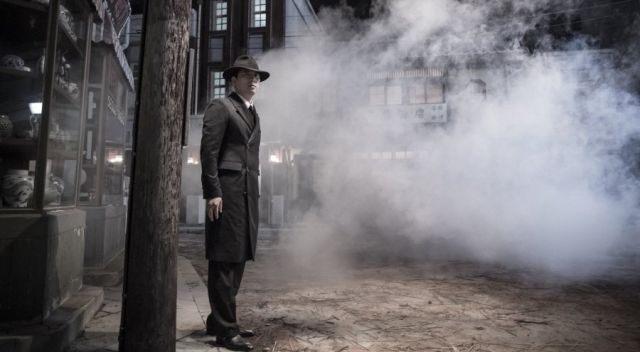 On the other hand, the quality of the two parts is unequal, at least to a point. While the first one is excellently scripted and implemented, with Ko analyzing the characters and unfolding their interacting stories in a highly captivating, noir-style manner, I felt that this artistry does not apply to the second part. The messages regarding the differences between patriotism and the extreme practices that lead to totalitarianism, hypocrisy, and revenge are interesting, but I felt that none of them (maybe with the exception of the first) are presented adequately, and that this part would have benefitted from more simplicity, or even if the style of the first one continued till the end. This aspect does not deem the whole effort unworthy, but definitely faults its overall quality.

The rest of the movie's aspects, however, are on a high level. The casting and acting aspects are among the production's best assets, headed by a great performance by Kim Sang-kyung as Kim Gi-chae while Kim Ji-hoon-IV and Kim Dong-young provide very convincing secondary characters and Heo Sung-tae and Park Sun-young a more than adequate second pole of interest as the owner couple. Extremely beautiful Han Ji-an's performance as Yoo-jeong is on a lower level that the rest, although not by far. 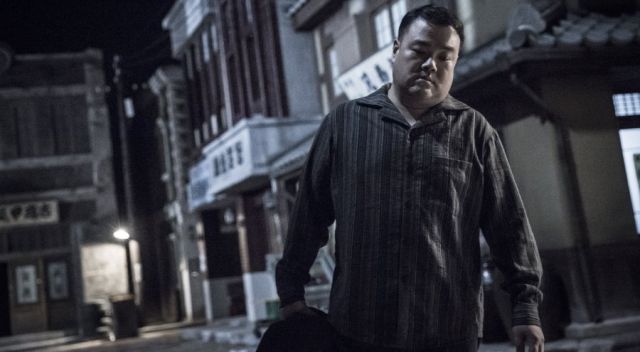 The production values are obviously low budget, but this does not detract from their overall quality. Park Jung-cheol shoots the Oriental Teahouse in a fashion that allows the space to be of as much significance as the actual story while Kim Soo-beom's editing induces the first part with a sense of movement, despite the actual lack of it, which also benefits the movie significantly. The quality of both somewhat deteriorates in the second part, but again not too much.

"The 12th Suspect" is an interesting film that manages to make some very important comments, although the duality of its narrative somewhat faults its overall quality.