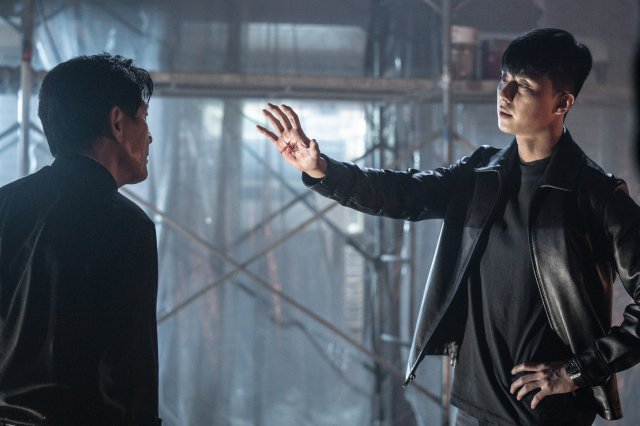 The relentless, but also somewhat hopeless effort of Korean genre films to create new stories that incorporate, though, the elements that have brought the country's cinema to the top of the continent (commercially and internationally at least), has resulted in a plethora of big-budget, commercially successful movies on the one hand, of dubious quality and rather repetitive on the other. "The Divine Fury" takes this concept a step even further, since it seems to incorporate all these elements into one, visually impressive package, of... well you are going to have to read ahead to get to the quality part.

"The Divine Fury" (festival entry) is screening at Fantasia 2019

The story starts with the protagonist, Yong-hoo, as a little boy being raised by just his police officer father, who has also led him towards Christianity. The two of them have a great relationship, although the questions of the boy regarding the reason God took away his mother are the sources of much trouble. In a tragic occurrence, the father falls victim to a paranoid young man who kills him, in a series of events that lead the young boy as much away from religion as possible. Thus, in his adult present, Yong-hoo is a champion fighter, although a dark presence seems to circle around him, particularly manifesting when the young man sees the image of Jesus. Eventually, his situation escalates even more when stigmata appear in his hands, and after no hospital can give him a solution, the last resort of a psychic leads him to a local priest named Ahn, who deals with exorcisms. The two soon become a demon-fighting duo, but the presence of a Satan worshipper of tremendous power and the appearance of a number of demons in Seoul, threatens both their lives and their relationship.

In case you did not realize it already, the script Kim Joo-hwan wrote and directed includes the themes of revenge (omnipresent in Korean thrillers), exorcisms and demons(from "The Priests" or "The Wailing" one could say), the Christian who becomes something completely opposite only to return to it eventually (maybe a reference to "Thirst"), stigmata (we all know where from) and even adds a martial arts element to top off the genre aspect. The latter is actually the main ingredient of the final, one-to-one battle, although the fight is as supernatural as it is hand-to-hand. In that regard, however, and considering the plethora of the aforementioned elements, the story seems surprisingly coherent, albeit somewhat (and inevitably) hyperbolic, a herculean accomplishment in itself, actually. Add to all that some elements of humor, particularly regarding the people who declare themselves fans of Yong-hoo, and you have every aspect the mainstream audience ever appreciated. 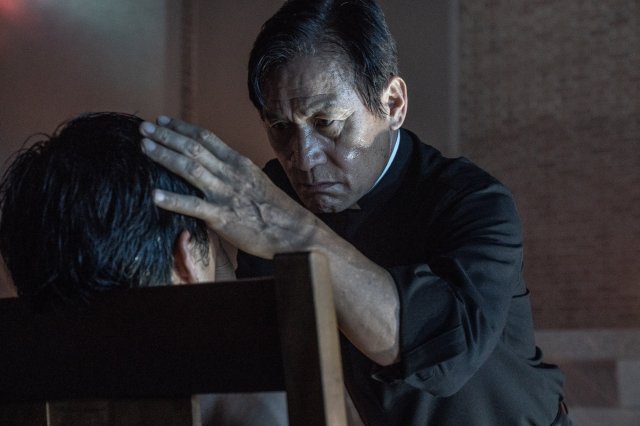 In that fashion, Kim Joo-hwan moves the story continuously forward mostly through action and a number of thriller elements, in a fashion that retains interest and coherence, at least for the most part. The measured acting of Ahn Sung-ki as Priest Ahn definitely helps the most in that regard, but the surprise comes from Park Seo-joon as Yong-hoo, who seems equally convincing in both action and agonizing scenes and in the calm ones, in a rather "restraiend" performance (considering, that is) that also "tames" the narrative. Lee Chan-yoo as young Yong-hoo is also impressive, particularly in the scene where he lashes out.

Expectedly, the production values are on a very high level, with the polished cinematography, the fast cuts and the overall great rhythm provided by the editing and the SFX resulting in a great, audiovisual outcome. Furthermore, I would say that the world created in "The Divine Fury" is quite artful, through a combination of modern and gothic images and settings that suit the story and the general aesthetics of the film to the fullest. 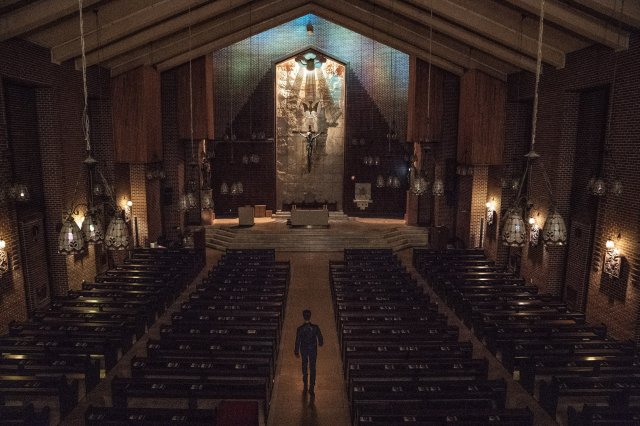 "The Divine Fury" is more impressive than substantial, but Kim Joo-hwan has managed to combine all those elements in a package that definitely works, at least in terms of entertainment and this fact actually carries the film to the end.