[Hancinema Film Review] "The Dude in Me" Screening at Fantasia 2019 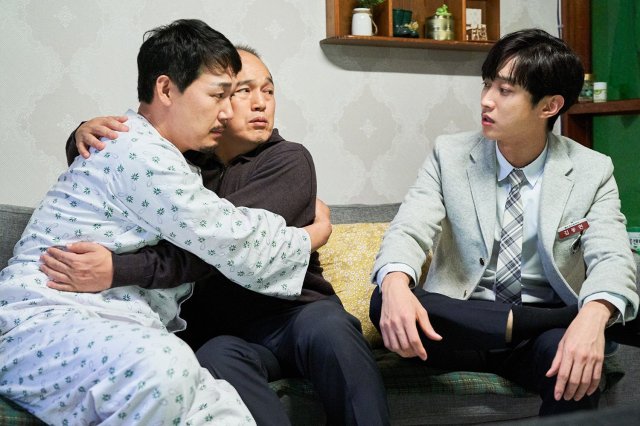 The body swap theme has been done a number of times in world cinema, with "Daddy You, Daughter Me" presenting Korea's latest (probably) take on the subject, two years ago. And while "the bullied who becomes the hero" concept is here once more, Kang-hyo-jin has managed to shoot a film that stands out, particularly because he included elements of a crime movie and a series of impressive action scenes.

"The Dude in Me" (festival entry) is screening at Fantasia 2019

40-something Pan-soo is a crime boss that seems to have it all: power, a number of henchmen who idolize him, a trophy wife who happens to be the daughter of the big boss, style, and money. Of course, a man in his position also has some enemies, with Boss Yang being his arch rival, although Pan-soo seems to have the better of him. As the film begins, Pan-soo sends his men to teach a lesson to Jong-gi, the owner of a woodshop, which is to be demolished and give its place to a new complex that will make Pan-soo and his syndicate even richer. When the boss himself, however, decides to visit the neighborhood, he ends up in a ramen shop where he meets Dong-hyeon, a high school boy with a huge appetite and son to Jong-gi, just before the owner of the restaurant warns him that she has something in store for him. Soon after, the overweight teenager literally falls on him from the top of a building, with both of them ending in the hospital, in a coma. Pan-soo is the first to wake up, but soon realizes that he now inhabits Jong-gi's body. When the gangster realizes that his new persona is the victim of bullying, he decides to take matters into his own hands, and violence ensues. At the same time, he meets Hyeon-jeong in the school, who is also a victim of bullying but also the daughter of an old acquaintance, Mi-seon. Things become even more complicated when his wife's plans are revealed and Yang decides to take advantage of his absence. Eventually, Dong-hyeon also wakes up...

As you can realize by the rather extended synopsis, Kang Hyo-jin directs a film that has a lot going on, both in terms of story and of genres. In that fashion, the movie unfolds as crime/action thriller, a comedy, a coming-of-age, a romance, and a (melo)drama, with the 122 minutes of its duration allowing Kang to invest in all genres while exploring the various subplots to the end, at least for the most part. 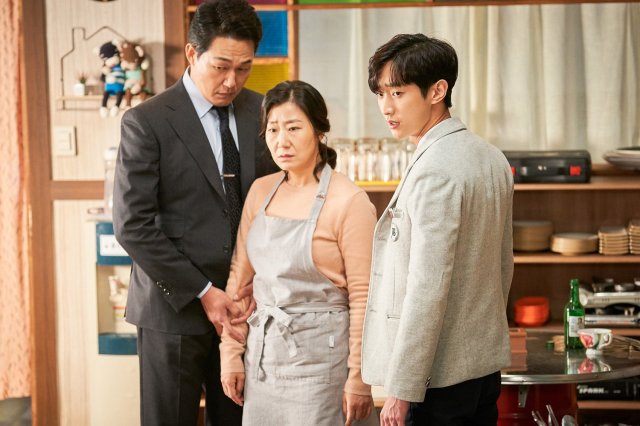 Expectedly, with a gender-bender like this one, the focus is on entertainment, and the various social comments about bullying, identity and family being there just as "excuses" for the many twists of the story. However, the great thing about Kang's direction is that he manages to balance all of the aforementioned elements and mould them into a compact movie, which keeps interest for the whole of its duration. This element benefits the most by the polished cinematography by Son Sam-woong, the relatively fast editing, and the combination of veteran actors and newcomers, whose differences highlight their chemistry in best way. In that fashion, Park Sung-woong as Pan-soo looks as cool as possible, Ra Mi-ran as Mi-seon is hilarious in her "eruptions", Jin Young as Dong-hyeon showcases a very entertaining transformation with the irony of an obese nerd in appearance becoming a bully being one of the film's best assets. Lastly, Lee Soo-min as Hyeon-jeong highlights a persona of a girl that struggles to appear tough but is quite sensitive on the inside, in the best way. At the same time, the inclusion of the last two in the cast serves as a crowd pleaser for different demographics of young audiences, in a direct effort for commercial success, which does not fault the narrative at all, though. 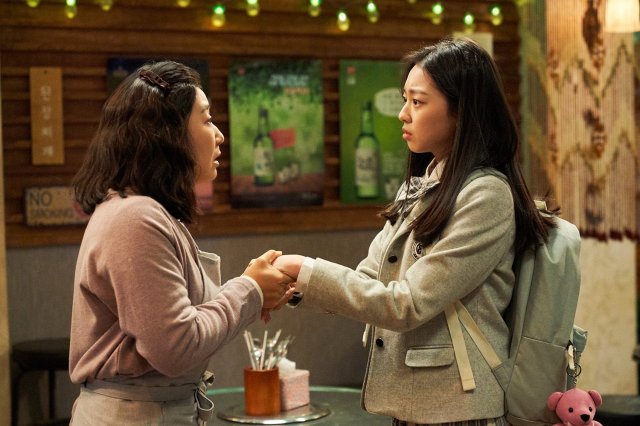 Of course, I would not be fair to the movie if I did not mention the various action scenes, where the combination of cinematography, editing and action choreography find their apogee, with a level very rarely met in films that do not belong to the martial arts category.

"The Dude in Me" is a very entertaining mainstream film that manages to retain its audience's interest for the whole of its duration through its rather interesting combination of genres.

"[Hancinema Film Review] "The Dude in Me" Screening at Fantasia 2019"
by HanCinema is licensed under a Creative Commons Attribution-Share Alike 3.0 Unported License.