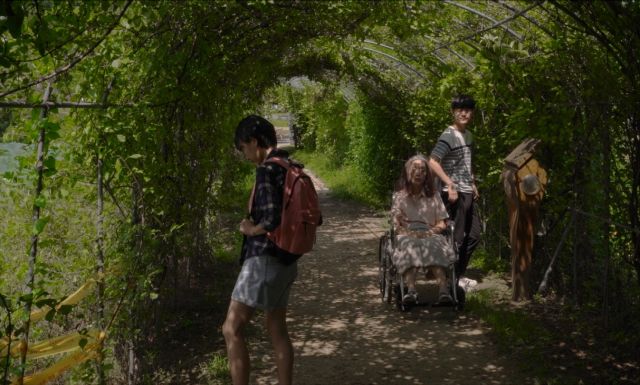 The hardships young people face in S. Korea nowadays, when looking for a job has been a recurring theme during the latest few years, among indie productions. Kim Duk-joong, in his debut, makes his own effort on the theme, by combining it with the concept of taking care of the sick elderly.

Seong-hee is a young woman who has graduated with a degree in social studies and is currently working as a personal assistant for the disabled, in an effort to raise money and go to Spain. As the story begins, she has just been fired from a "client" after suffering an injury in her back. Her supervisor asks her to take some time off, but she insists on having another job, although a bit lighter this time. Her request eventually brings her to the apartment of young Hyeon-mok, a rather irresponsible high school student who is studying for the civil service exams, and whose elderly mother is severely handicapped. The two start fighting almost immediately when Hyeon-mok insists that Seong-hee also cleans the whole house, but eventually, they form a weird kind of friendship that ends up with the latter tutoring the former for his exams, despite the fact that she has failed the same test in the past.

Kim Duk-joong uses the story to present a number of social comments regarding contemporary Korean society. The absence of guiding for the young people by their parents is one of the most evident one, as the only parent we see in the movie is Hyeon-mok's disabled mother, who, in essence, is more of a problem than any kind of help. This absence is what justifies the connection the two protagonists share after a point, as Hyeon-mok is in desperate need of guidance (since he is a somewhat spoiled, quite irresponsible young man) and Seong-hee responds to this need, probably realizing that she, too, is (or has been) in a similar situation. 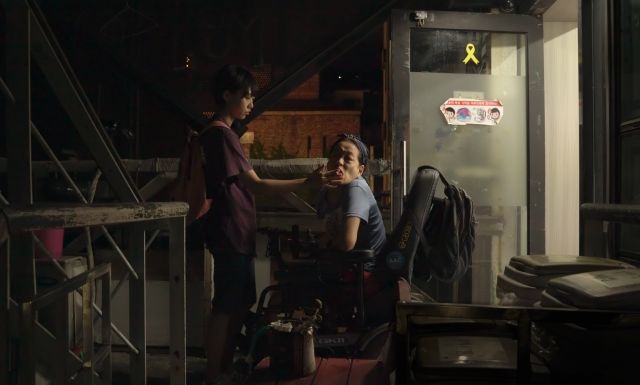 The issues young people have to face regarding finding a job that will allow them to sustain themselves is another one, with Kim highlighting the fact that civil service is considered a "cure-all", since success in the exams at least guarantees a steady income, despite the fact that the exams seem quite difficult. This effort to get into civil service seems a little bit strange, since the tendency is usually associated with countries whose economy is not as good as Korea's, but perhaps this can also be attributed to the lack of proper guidance to young people towards their professional future.

The alienation people experience in the megalopolis, and the subsequent need for any kind of connection is another comment, which, in essence, also justifies the reason for the relationship the two protagonists have. In that regard, I consider a trait of the story that Kim did not allow this relationship to transform into a romantic one, thus avoiding the reef of making the story a cliché, with the ending in particular, moving towards an original, but also quite impactful direction.

Lastly, the hardships of taking care of handicapped individuals, both as a relative and a social worker, form another important part of the narrative, with Kim implementing a rather realistic approach regarding the procedures, that borders on the documentary. Oh Jeong-seok-I's cinematography, which includes many long-takes, adds much to that regard, as much as the overall art-house aesthetics of the movie, with Kim Duk-joong's own editing also moving towards the same, slow-burning direction.

All that being said, there are some issues with the narrative, which seems to be extended for no apparent reason, since the actual story is definitely not enough for more than a short film. This is where the biggest fault of the movie lies, since a large part of it seems somewhat unnecessary. 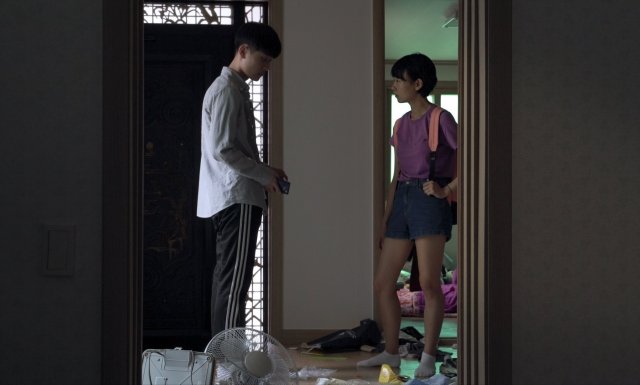 Moon Hye-in plays Seong-hee with a subtlety very fitting to the overall style of the movie, which makes the few moments she "reacts" (dancing scene, the finale and a couple of more) even more impactful, in an overall great performance. The same applies to Kim Joon-hyung-III's rendition of Hyeon-mok, with him depicting his immaturity, irresponsibility, and kind of mischievous nature in the best fashion. The chemistry among them is as good as their individual performances, and the awards both received in this year's BIFF (Actor and Actress of the Year) more than deserved.

Evidently, "The Education" is a rather bleak film, with the few moments of subtle humor not being able to tone down this element. However, through this overall laconic approach, Kim Duk-joong has managed to create a setting that allows him to communicate his comments in the best way, while the two actors take care of the entertainment aspect of the movie. My opinion, however, that the film would work much better as a short, remains