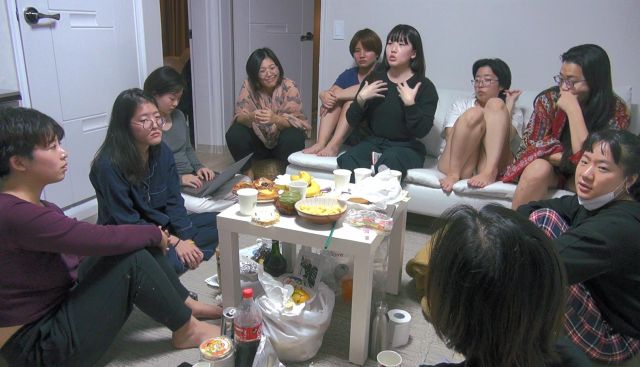 It is always a bit strange to watch a film after you have met the director, and this is what happened to me in the case of Jeon Sungyeon and "The Fearless and Vulnerable". Fortunately, the documentary is quite interesting and so I did not have to slam a person I ended up liking. Let us see what the film is about though.

In 2016, after a misogynist man killed a woman in a unisex toilet in Gangnam, a number of young feminists gathered and started talking about their experiences and what they should do to change the world around them, which led to a surge of feminist groups, and subsequently, to an intense feminist movement. "The Fearless and Vulnerable" deals with one of those groups, Femidangdang (FD) in a rather thorough portrait of both the team's activities and the individuals that comprise it.

The first part deals with the discussions for the forming of the group (personal experiences, decisions about the groups policy, and actions) continues with their first actions as a group against misogynism, including street protests, political campaigning and participation in the gay pride parades, and finishes with their activities against the anti-abortion law, in a rather interesting story that highlights modern feminist activism with every detail. 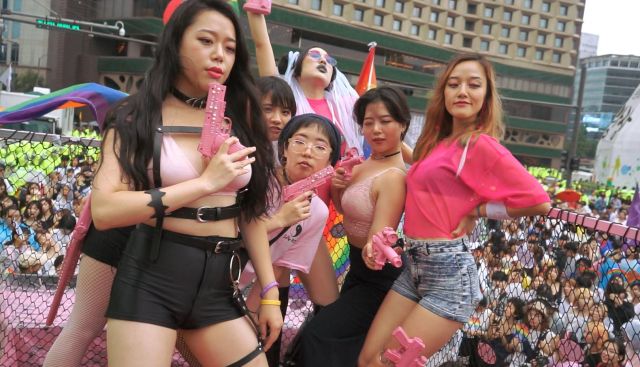 The second part, however, which deals with the girls of the group as individuals and takes an almost sociological turn, is even more interesting, as their doubts about themselves and the group lead them in various directions, including actual conflict. Wearing or not wearing make-up and the whole concept of women's appearance, having a boyfriend in a group that seems almost exclusively homosexual, the doubts of the role one has in the group, and the future of feminism shed much light to the way young, (politically) active young woman think nowadays. Furthermore, this part answers a number of questions the viewer could have when witnessing the group's activities, which I felt is an equally important aspect.

The overall combination succeeds in analyzing both the activists and the women in the best way, thus retaining interest for the whole of the documentary's duration, while fully justifying the title. The entertainment aspect benefits the most from Jeon's own editing, which induces the film with a rather fast pace, particularly for a documentary, a tactic I found highly beneficial, also because it allowed the director to include more footage. Oh Cheon-seok, Nam Soo-na and Jeon's own cinematography places the camera as closely as possible to the girls, making the spectator feel as being a part of the events, in another great choice. 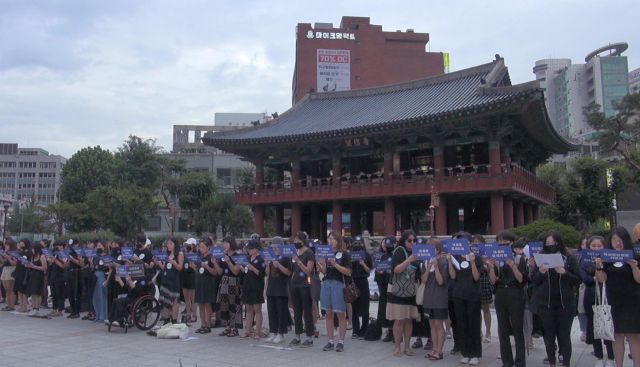 Laughter, tears, an interesting topic, and a thorough and intriguing presentation, "The Fearless and Vulnerable" seems to have it all, even including a happy ending. Definitely deserves a watch.

"[Hancinema Film Review] "The Fearless and Vulnerable""
by HanCinema is licensed under a Creative Commons Attribution-Share Alike 3.0 Unported License.