[HanCinema Film Review] "The Flower at the Equator" + Full Movie 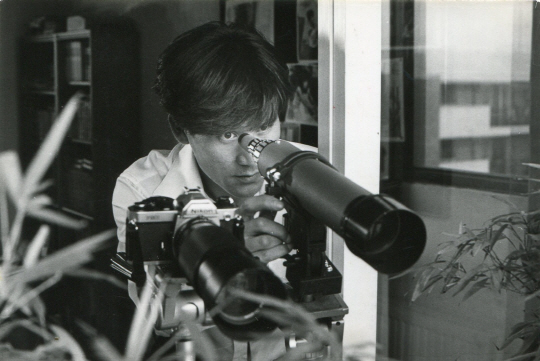 Similarly with his debut, but also on a much higher level, Bae Chang-ho presents another multilayered drama about the human psyche, although this time the base is that of a thriller, instead of a social film, which seems to share some semblance with Hitchcock's style.

A photographer tracks down Seong-yeong, a very beautiful woman who has just moved to the apartment across his building, and suddenly his life seems to gain a new meaning. He starts stalking her in every way possible, watching her with his camera through his window, following her to almost every place she goes, and eventually even tapping her phone. After some time, he even starts calling her, introducing himself as Mr M, although without revealing himself physically. Soon he realizes that she has a relationship with a married man, and proceeds on destroying it, initiating a pattern that continues with the rest of the men she meets.

Bae Chang-ho, in essence, directs a film about love, although not in the way the sentiment is usually portrayed in cinema, but instead as a destructive force that leads people to extremes, clouding their mind and ruining their lives. This comment extends to both protagonists, although through a different path. Mr M is in constant pain, watching his love interest sharing her life and bed with different men, although occasionally he seems to also draw pleasure from this jealousy. In order to win the woman he wants, he disregards his life completely, instead dedicating himself to stalking her and meddling in her life in the most extreme way. Furthermore, instead of benefitting Seong-yeong (something he really believed it would happen), his actions have the exact opposite effect, as in the process he deconstructs her completely, as eventually she loses her grip to reality. Lastly, and in a twisted inversion of Kavafis' concept of "the trip being most important that the destination", even when he succeeds in getting what he wants, his behaviour and the results are anything but what someone would expect after his struggle. 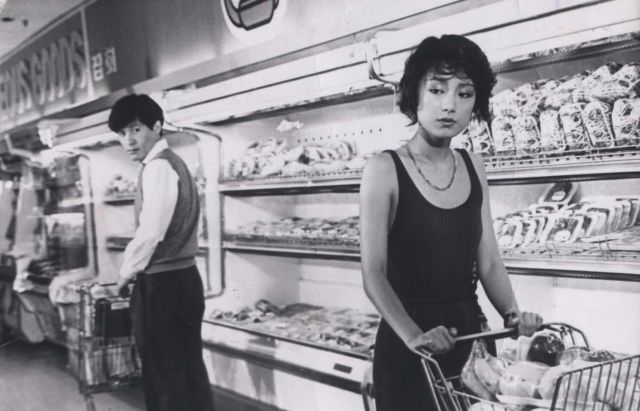 At the same time, Seong-yeong's constant search for real love leads to a downward spiral into psychological deconstruction, with Bae Chang-ho leaving the viewer to decide if her path would be different without Mr M's involvement, although the revealing of her past gives a partial answer to this question. Through the young woman, Bae also examines the connection between love and money, with Seong-yeong's friend and her first lover highlighting the director's comment in the most pointy fashion, while, subsequently, he also highlights the fact that the girl's life is full of bad choices, this connecting this with the aforementioned aspect.

Apart from the social level, the film also works quite well as an agonizing thriller, through a number of scenes where Mr M comes very close to be discovered, while the concept of the photographer-stalker that initiates through window watching, shares many similarities with Hitchcock's "Rear Window". In that regard, Chung Kwang-suk does an incredible work in the cinematography of the film, with him communicating Mr M's stalking in a way that resonates with his state of mind, through a number of "peeping" shots. Also of equal competence is his shooting of the many sensual scenes, which could only be characterized as both meaningful and artistic. Kim Hee-su's editing is also quite good, with him inducing the film with a very fitting pace, through a number of "sudden" cuts usually revealing Mr M's presence in the places Seong-yeong spend her time, thus heightening the aspect of agony. 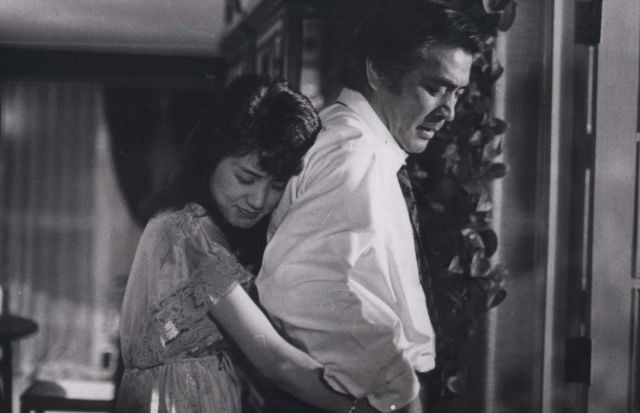 Ahn Sung-ki as Mr M is exceptional, highlighting his obsession and the resulting resolve in the most impressive way, as much as his suffering and the pleasure he derives from it. The fact that a number of his thoughts are presented through his own narration also works quite well for the film. Jang Mi-hee's acting functions as the sum of reactions towards Mr M's actions, but also works quite well, with her emitting sensualism but also a constant sense of victimization due to her hopeless search for love, almost constantly.

"The Flower of the Equator" is a great film that manages to combine entertainment through its thriller elements and meaningfulness, through the thorough "examination" of the protagonists' psychology.

"The Flower at the Equator" is directed by Bae Chang-ho, and features Jang Mi-hee, Ahn Sung-ki, Shin Il-ryong, Namkoong Won and Na Young-hee.