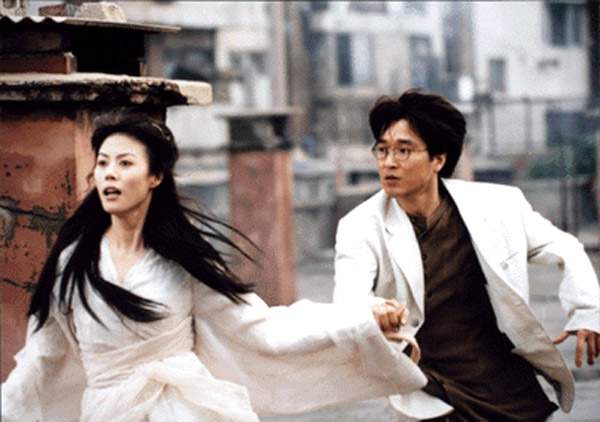 Considered one of the first Korean films to implement special effects in a way that added to its value, "The Gingko Bed" is also story of eternal love that suffers, however, from a rather faulty narrative.

Soo-hyeon is a 30-years-old art lecturer and artist himself. For years, he has been going out with Seon-yeong, a surgeon who has been turning down his marriage proposals. Apart from that, their lives are ordinary, until the moment Soo-hyeon desided to buy an antique gingko bed, whose presence wakes up a malevolent spirit as it also reveals a thousand year old love story. Turns out, Soo-hyeon was a musician for the royal family at the time, and he and princess Mi-dan were in love. However, general Hwang, who was also in love with her, killed him. This did not bring the woman to him and his spirit still lurks the world inside the bed. His release brings chaos as Hwang is once more on the path of revenge against Soo-hyeon, while the spirit of Mi-dan tries to help her old love, in a forbidden act that forces the god of love, who has been protecting her, to abandon her. Hwang spreads mayhem s all over in his presence, eventually affecting Seon-yeong, who finds one of the bodies she used for a cornea transplant, coming back to life. In order to save her career, she decides to prove the existence of the spirits by risking her own life.

Kang Je-gyu, 4 years before his huge access with "Shiri", tried to shoot a first feature that incorporated a plethora of elements that make a film popular in Korea. In that fashion, the story includes elements of romance, (supernatural) horror/thriller, action, melodrama, a bit of eroticism/nudity, and even hospital drama elements. Expectedly, combining all those in a way that allows them to be developed properly is almost impossible, particularly in the 88 minutes the film lasts, thus resulting in a title that works (to a point at least) for each individual part, but not as a whole. This aspect becomes quite obvious in the scenes where general Hwang is present, who seem completely out of the overall context and the aesthetics of the rest of the film, despite the fact that Shin Hyun-joon makes for a great villain in the role. 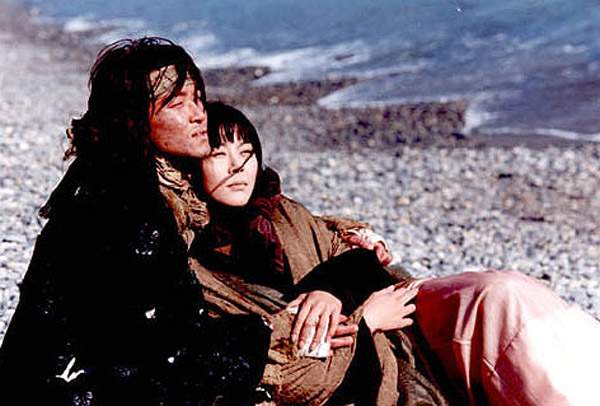 The one thing, however, that the narrative presents adequately are the two faces of love, with Soo-hyeon's past story highlighting the good one, of unselfishness and devotion, and general Hwang's the opposite, of self-centered and obsession. In that regard, Han Suk-kyu does a great job of the struggling but in essence powerless man, with his antithetical chemistry with Shin Hyun-joon being one of the film's greatest assets. Shim Hye-jin as the desperate to save her job doctor and Mi-dan as the hopelessly in love princess are also convincing in their parts.

Park Hee-joo's cinematography is impressive, with him shooting both the present and the past arcs with the same artistry, although his job definitely benefited the most by Cho Young-sam and Oh Sang-man's art direction, Baek Nam-jim's set decoration and Park Yun-jeon's costumes. The special effects, particularly in the action scenes, also work quite well.

Kang Je-gyu did not have yet the command of the medium he presented in his next, blockbuster films, but his knack for popular cinema is evidently even here. The film is not exactly bad, but it would have been much better if he was sure about what he wanted to do exactly.