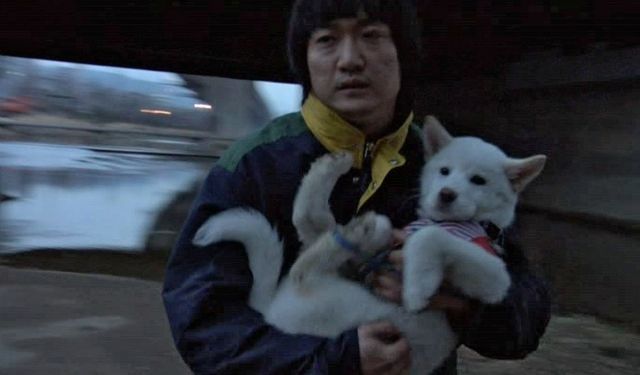 For his feature debut, Lee Chang-dong's assistant Park Jung-bum decided to direct, write and star in a film that was inspired Jeon Seung-cheol, a North Korean refugee he met while attending Yonsei University; Jeon was diagnosed with stomach cancer and died in 2008, less than 6 years after he defected to South Korea. His effort paid off with "The Journals of Musan" netting 17 awards from major film festivals around the world.

In the film, Seung-cheol is is a North Korean refugee who struggles to adjust to life in Seoul, both financially and socially. He is sharing a small apartment with his dog and fellow defector Kyung-cheol, a broker who helps refugees send remittances to their families in North Korea, although the two of them are radically different characters. Seung-cheol is a timid introvert who has decided to stay low in order to be part of his new country, while Kyung-cheol is anything but, as we watch him steal and con in order to earn his living. Both approaches prove futile, however, as life and past come crashing onto them.

Park Jung-bum directs a no-nonsense film that focuses on realism, to the point that it frequently acts as a documentary regarding the life of North Korean defectors. There is no "American Dream" here, as Seung-cheol and the people around him are highly unremarkable, with no exceptional skills or appearances, trying to survive in a world that does not seem to want them there. We watch the protagonist hired to do jobs for very little money, like pasting posters on the wall or working the nightshift on a karaoke parlor, only to be verbally abused, beaten, and kicked out for things that are not his fault. 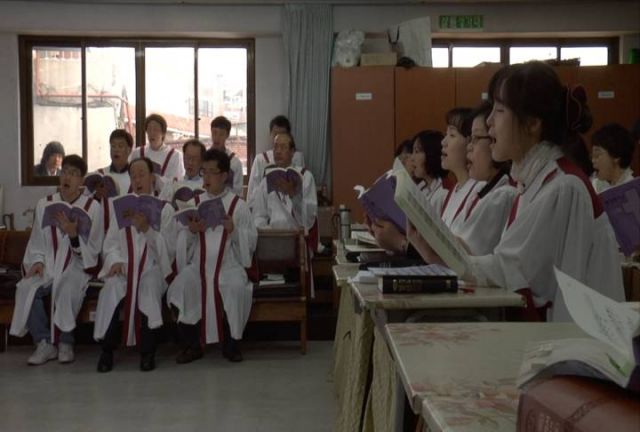 In this setting, his desperate effort to do his best and the right thing seems tragic, particularly since even the few moments of happiness and success are always followed by tragedy, with the finale being the apogee of this tactic. His attitude and fate draw sympathy, but Park seems to not want even that, since a confession in the church that seems to be his only solace, reveals another, shocking side of Seung-cheol, while, along with his "explosion", highlights the fact that the survival for the lowest "castes" is inevitably connected with violence.

As an actor, Park Jung-bum highlights the aforementioned struggles and fate with a measured realism, without many words, but more with his stance and look, in a rather impactful performance. Jin Yong-wook as Kyeong-cheol is also quite good in an almost opposite kind of performance, with the difference in the way the two actors and subsequently, characters conduct themselves forming one of the main axes of the film as much as highlighting their chemistry. 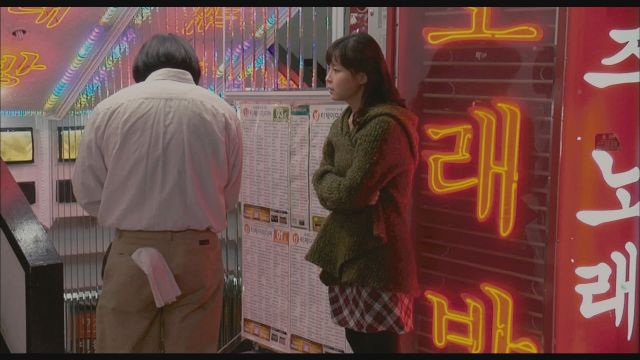 Kim Jong-sun's cinematography also implements this documentary-like realism, through his use of handheld cameras that occasionally seem to chase after the protagonist, while the bleak colors that dominate the image match the events and the psychology of the characters quite fittingly. His tactic of frequently focusing on Seung-cheol back, particularly in the moments he experiences something bad, is also fitting, as it highlights the fact that the protagonist feels shame. Jo Hyun-joo's editing implements a diverse pace, occasionally fast occasionally slow, which moves somewhere between the arthouse and the documentary.

"The Journals of Musan" is a very rewarding film that manages to shed a realistic light to the lives of North Korean refugees, and that is where its true value lies.

"[Hancinema Film Review] "The Journals of Musan""
by HanCinema is licensed under a Creative Commons Attribution-Share Alike 3.0 Unported License.