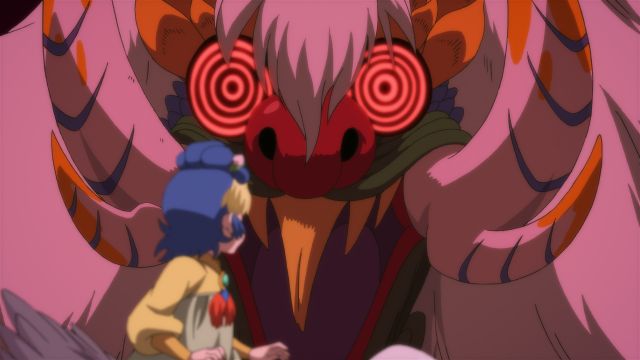 Having a Japanese director helm a Korean animation sounds a bit unusual, but considering Takahiro Umehara's CV, which includes animation for titles like "Dragonball Z", "Claymore" and "Iron Man", it sounded like a really good idea. The result is a film that looks much like a Japanese anime but still includes a distinct Korean flavor. Let us see what it is about.

The somewhat complex story takes place in a fantastic world, where the moon has disappeared long ago with the world suffering significantly, since the night was usurped by Muju, the red sky, who gave birth to disasters and horrible creatures. In this setting, we meet Princess Navillera, who escapes the palace and Count Tar, a pretender to the throne, only to find herself in the midst of a drum-beat "battle", and actually helping Janggu's group to win. Soon, the royal guard comes after her and she is forces to escape with her new found friends who turn to have a connection with meteorite hunters. Navillera experiences a whole new world outside the walls of the city she spent all her life, but Muju soon brings the world a step closer to the apocalypse.

Let me start with the negative. Takahiro Umehara and his co-writer, Kwon O Hyun have included too many themes in the 97 minutes of the animation. There is the theme of Muju, of the princess that escapes and gets to know the common people, of the usurper, of one who betrays his tribe, of the meteorite thieves and the purpose of their actions, the Shadows, the prophecy, the post apocalyptic setting, the romance, the video game aesthetics and the plethora of characters that actually make the film more complicated than it needed to be. This aspect becomes even more intense, since the general aesthetics point to a title that is mostly addressed to young adults, and thus, could do with little more simplicity. 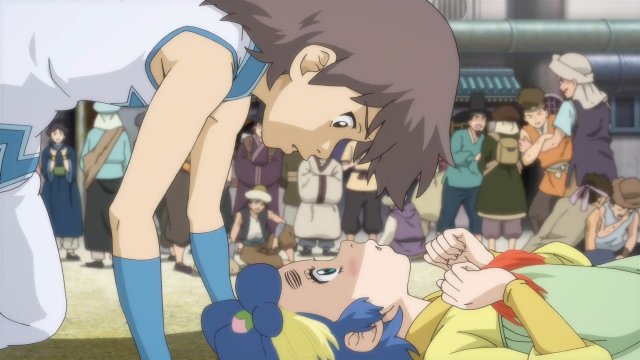 Visually though, and with the only exception of the combination of movement in the fore and the background, the movie is impressive, through an art form very similar to the one implemented in Japanese anime. The character conception and implementation is really good, with Umehara creating a number of unique individuals, with the same applying to the various monsters, animals and the many different backgrounds, with the sky being the highlight of this last aspect.

The animation is also really good, with the movement of the characters being natural while the many action scenes highlight the work done in the department as much as in the editing. Lastly, the music is great, with the various drum sounds giving a very entertaining tempo to the succession of images and the movie, overall.

"The Moon in the Hidden Woods" has its faults, particularly regarding the narrative, but through its production values, it manages to rise above them, at least to a point, and end up as a rather hopeful directorial debut for Takahiro Umehara.

"The Moon in the Hidden Woods" is directed by Takahiro Umehara, and features Lee Ji-hyun-VII, Jung Yoo-jung, Jung Jung-kyun. No release date yet.

"[Hancinema Film Review] "The Moon in the Hidden Woods" Screening at Fantasia 2019 "
by HanCinema is licensed under a Creative Commons Attribution-Share Alike 3.0 Unported License.